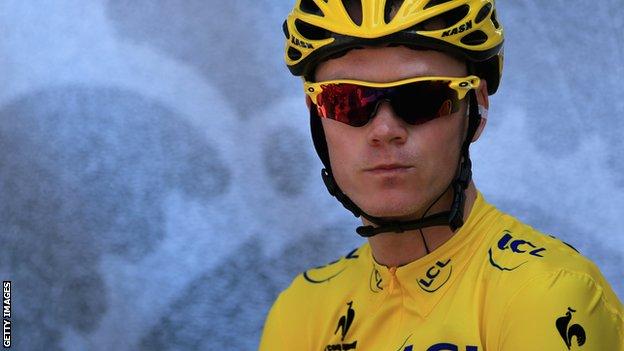 "This has been an incredible year for me and I'm delighted to finish it off by signing a new contract with Team Sky," said the 28-year-old Briton.

"I've been with this team since the start and I know this is the right place for me to continue to grow."

Froome, born in Kenya, won the Tour de France for the first time in July, emulating the success of his fellow Briton Sir Bradley Wiggins.

"It's impossible to win races without the right team beside you so I'd like to thank everyone at the team for their continued support," added Froome.

Team Sky have also extended the contracts of other members of their team, among them Peter Kennaugh, David Lopez and Ian Stannard

"Everyone is committed to keep improving and we always look to provide the best environment for riders to do that."