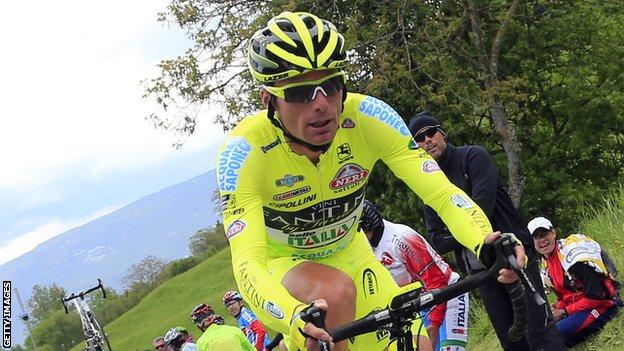 Danilo Di Luca has been banned from cycling for life after being found guilty of a third doping offence by an Italian Olympic Committee tribunal.

Di Luca was also fined £29,300 and ordered to pay the cost of the proceedings.

The Italian was banned for 15 months in 2009 for a failed EPO test.

He had been suspended for three months in 2007 for visiting a doctor banned for his involvement in doping.

The 37-year-old was sacked in May by the Vini Fantini team, whose team director Luca Scinto said they would be seeking compensation.