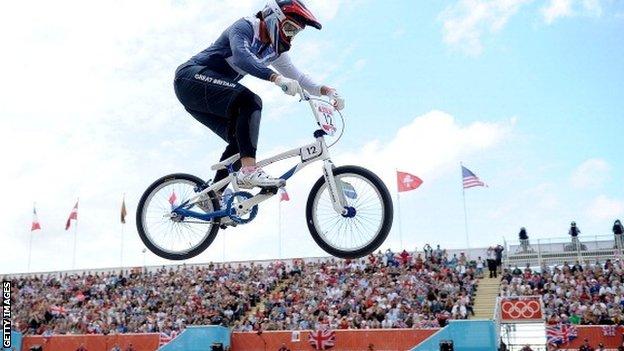 Reade, 25, described the move to the US as temporary and said her ultimate goal was to win Olympic gold for Britain.

"I'm looking forward to gaining more experience and using this in my campaign for Rio [in 2016]," she said.

Reade, team sprint world champion on the track in 2007 and 2008, has the "full support" of British Cycling.

Head coach Shane Sutton said: "The door is always open to her as and when she decides to return to BMX Supercross.

"Shanaze has been a real asset to us over the years and she is an inspiration to youngsters, which has always been great to see."

Reade had been leading this year's 2013 BMX Supercross Word Cup Series until a knee injury sustained in July prevented her from competing for the rest of the season.