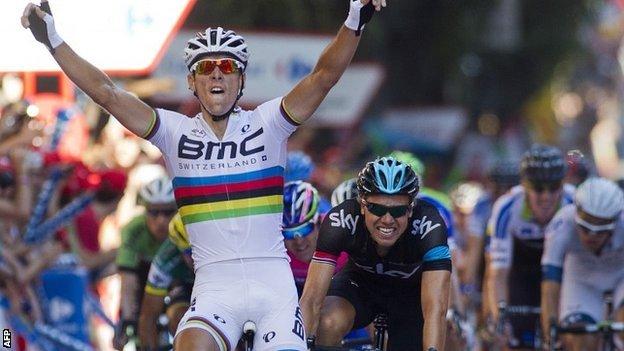 World champion Philippe Gilbert won stage 12 of the Vuelta a Espana in a sprint finish, while Italy's Vincenzo Nibali retained the overall lead.

The Belgian recorded a time of four hours, three minutes and 44 seconds.

Astana's Nibali, 28, who took the race lead on Wednesday, finished in the bunch to maintain his 31-second lead over Ireland's Nicolas Roche.

Friday's 13th stage remains in the northeastern region of Catalonia for a second straight flat stage before the race heads back into the mountains for three stages in the Pyrenees.