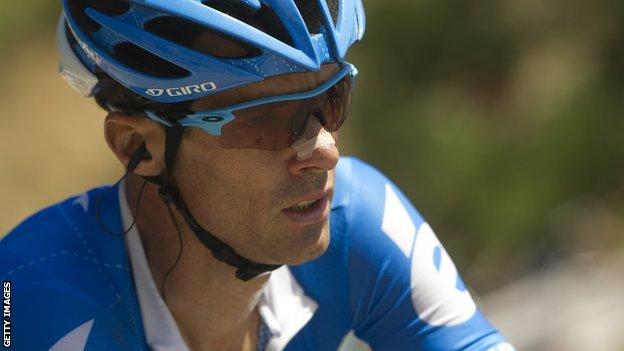 Millar, 36, has five stage wins at the Tour de France and is the only British rider to have worn all the Tour jerseys.

Martin has won the Tour of Catalonia and Liege-Bastogne-Liege events in a breakthrough year.

Team Sky's Chris Froome is favourite to win the three-week race, which starts in Corsica on 29 June.

The Kenyan-born rider hopes to become the second Briton to win the Tour after the success of team-mate Sir Bradley Wiggins last year.

Other home competitors include The Omega Pharma-QuickStep's Mark Cavendish, who is looking for the 24th stage Tour win of his career in the opening stage.

Team boss Jonathan Vaughters said: "We have a deep team with a lot of options. Our goal is to animate the race and with an aggressive strategy, we will aim to place high in the general classification."