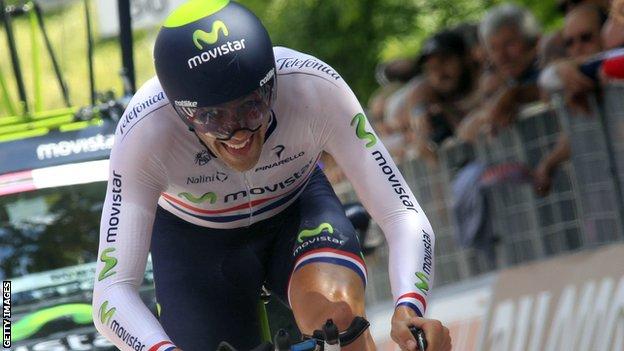 The 24-year-old Movistar rider had his first Grand Tour stage win in the Giro d'Italia time trial in May.

The men's race is over two laps of a 24km course.

Paul Rowlands, marketing manager for British Cycling told BBC Radio Scotland on Thursday: "Plenty of superstar names from the world of cycling, both in the men's and women's time trial, will be seen in Stewarton this afternoon.

"Lizzie Armitstead, who was a silver medallist in the Olympic Games road race, although the time trial is not her strongest discipline she'll be out there.

"On the men's side there are lots of outsiders to challenge Alex Dowsett's crown but it's difficult to see beyond him for the men's title.

"With cycling out on the roads you don't have to buy a ticket. It's free world-class sport to watch. We hope to see a few thousand out there."