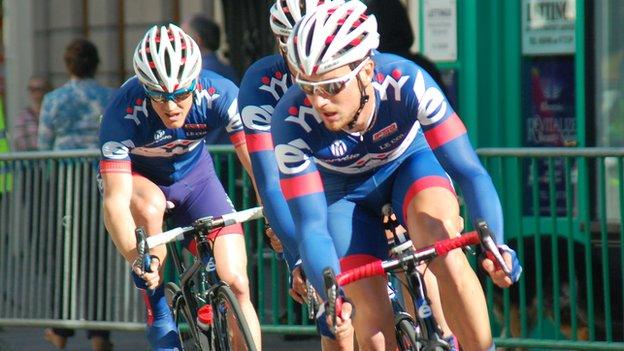 Jersey cycling team manager Andy Hamon says there is no reason why his squad cannot come back with a good haul of medals at this year's Island Games.

The seven-strong squad includes professionals Richard Tanguy and Greg Mansell, who as well as

"There's no reason ability-wise why we can't achieve those medals."

Also in the team heading for Bermuda is 44-year-old veteran Chris Spence, who will be racing in his ninth Island Games having previously raced at three Commonwealth Games.

The Channel Islands side won two gold, three silver and two bronze medals in the Isle of Wight two years ago.

With medals for the best team, as well as individuals, Hamon believes his riders must concentrate on competing as a squad rather than individuals.

"The road race and criterium we'll need a team for the individual medals and we have team events for all three which we'll be working for," he said.

"Different cyclists have different strengths so we'll pick the team on the day when we decide which one we want to ride for.

"Every individual wants to win gold for themselves, but at the end of the day we have to be realistic and if there's a stronger rider we need to ride for him if they have a better chance and that's what we're going to do."