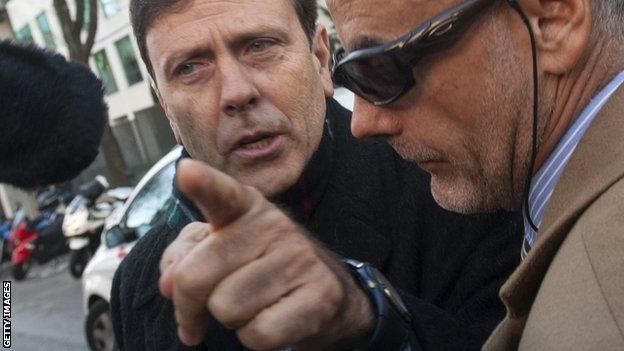 The World Anti-Doping Agency (Wada) has lodged an appeal against a decision to destroy 200 blood bags used in the Operation Puerto trial held in Spain.

Following the trial, a court in Madrid ruled the blood bags and other evidence would be destroyed.

Wada said in a statement it was now "filing a declaration to appeal to the Criminal Court in Madrid".

It added: "Following its policy, Wada will refrain from commenting further in order to protect the integrity of the process."

The International Cycling Union (UCI), the Italian Olympic Committee and the Spanish prosecutor have also lodged appeals against the court's decision.

Anti-doping authorities and international sports bodies condemned Judge Julia Patricia Santamaria's decision to deny them access to the bags because they want them tested to see whether they implicate other athletes.

Fuentes was revealed by the Operation Puerto investigation to have been providing blood-doping services to cyclists.

When police raided his offices in 2006, they found 211 bags of frozen blood and plasma.

Fuentes has previously worked with tennis players, runners, footballers and boxers, although he has not said whether he helped them dope.

Spain had hoped the trial would help dispel the impression that the nation was soft on doping and boost Madrid's bid to win the right to host the 2020 Olympic Games.