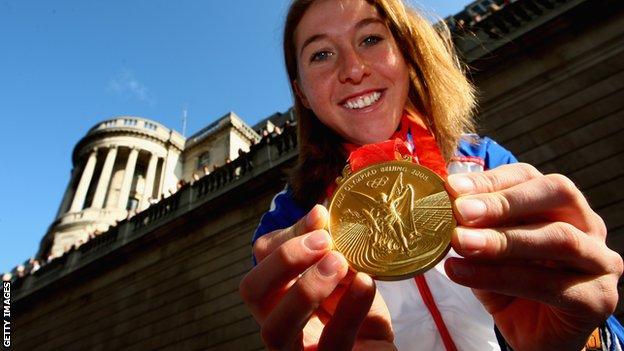 By standing idly by, the authorities, both in Spain and even here in the UK, make the pain so much more unbearable

But a Spanish court ordered 211 blood bags to be destroyed without analysis.

The Welsh cyclist retired in January, accusing dopers of bringing about the "darkest days" of the sport.

Now she has called on the British Olympic Association's IOC members to "ensure a nation that allows its legal system to act in this manner can have no part in hosting any future Olympic Games".

She added: "We now need our representatives to send the most clear message to the Spanish authorities. It is a great privilege to host an Olympic Games. Madrid seeks nomination for the 2020 Games. We have our IOC representatives, who have a vote to cast. They can, today, offer tangible sanction while we athletes can do little but comment.

"Sir Craig Reedie, Sir Philip Craven, Adam Pengilly, make your views public and crystal clear. This is not an area for inaction or even for 'behind-closed-doors' persuasions. Please, let us not be quiet on this issue."

Fuentes received a one-year suspended sentence earlier in the week. Police found more than 200 bags of frozen blood and plasma when they raided his offices in 2006 as part of Operation Puerto.

He was charged under public health laws because doping was not illegal in Spain at the time.

During the trial, Fuentes said that, as well as cyclists, he had also worked with athletes, footballers and boxers, although he did not say whether he had helped them dope.

Cooke added: "Nothing can make good that stolen by the criminals from their innocent victims. However, by standing idly by, the authorities, both in Spain and even here in the UK, make the pain so much more unbearable."

The host city for 2020 will be announced in September this year, and Cooke's stance is further fuelled by her experience of competing at a home Olympics, in London last summer.

"I know that every child in my village wanted me to do my best," she said. "Undoubtedly every single one wanted me to win, but even more, every little boy and little girl would have preferred me to lose rather than win via some weird hormone replacement therapy and Frankenstein blood recipe."