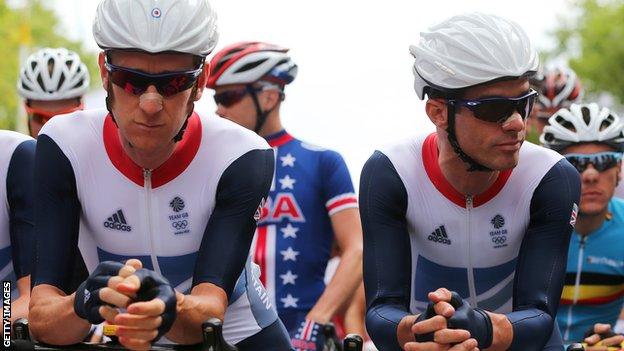 Canada's Hesjedal, 32, but Millar's fellow Briton Wiggins is the favourite for this year's race, which starts on Saturday.

Two of Lance Armstrong's former team-mates, who gave evidence against the American, are also in the squad.

They were amongst five riders banned for doping offences, but they had their suspensions cut from two years because of the evidence they gave to the United States Anti-Doping Agency against Armstrong.

"Winning the Giro d'Italia in 2012 was a dream come true and it will be a true honour to pin on the number one bib on Saturday," Hesjedal said.

"My season has been built around the Giro again this year with the goal of defending my title and the whole team is coming into it very focused and extremely motivated.

"I know we have a great team to be able to do that, and we will work hard, every day, with our goal in mind."

Current Tour de France champion Wiggins is aiming to be only the eighth person to win the Giro and Le Tour in the same season.

Two-time Giro winner Ivan Basso because of a cyst on a buttock.