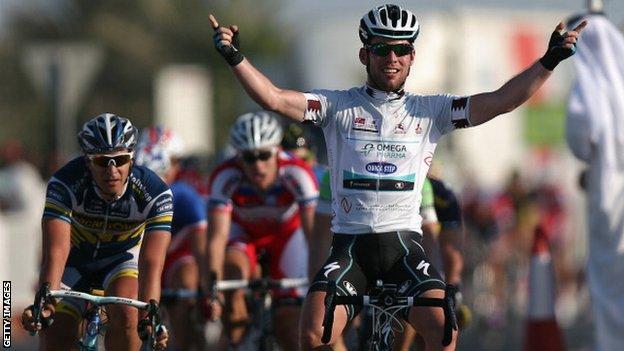 Mark Cavendish overcame rainy conditions to cross the line first in the opening stage of the Tirreno-Adriatico coast-to-coast race in Italy.

Cavendish and his Omega Pharma-Quick Step team completed the 16.9km team time trial with a time of 19 minutes and 24 seconds.

Chris Froome's Team Sky were 25 seconds behind the winners in seventh place.

"Two words, one name - Tony Martin. He did the work," said Cavendish.

"We finished with five but everybody had a part to play. There are no real egos here, except maybe me, but it was all about getting eight guys from point A to point B as quickly as possible."