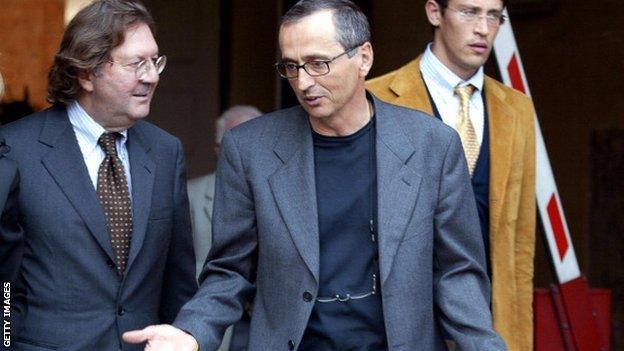 Lance Armstrong's former doctor Michele Ferrari has said he did not see the cyclist take drugs and insists he did not have dealings with his accusers.

Ferrari was banned for life by the US Anti-Doping Agency (Usada) in July for his role in systematic doping at Armstrong's US Postal Service team.

"I can say I've never seen, I never heard something about that."

The Italian physician, who worked with Armstrong during his seven-year Tour de France reign, was mentioned in Usada's 1,000-page doping report published in October.

A total of 26 witnesses, 11 of whom were former team-mates of Armstrong, cited doping-related incidents involving Ferrari.

But the 59-year-old added: "He [Armstrong] never asked me for information about doping.

"My relationship with some team-mates of Lance Armstrong was very, very short and occasional. It was not strict.

"There are six riders that accused me, but these riders, I didn't have any relationship, any consulting with these guys."

Ferrari has previously denied having a professional relationship with 41-year-old Armstrong after 2005, but has admitted to meeting and accepting payments from the American between 1996 and 2006 - totalling around $1m (£619,000), according to Usada.

Armstrong was stripped of his seven Tour de France titles and given a lifetime ban by the United States Anti-Doping Agency (Usada). He strongly denies doping.