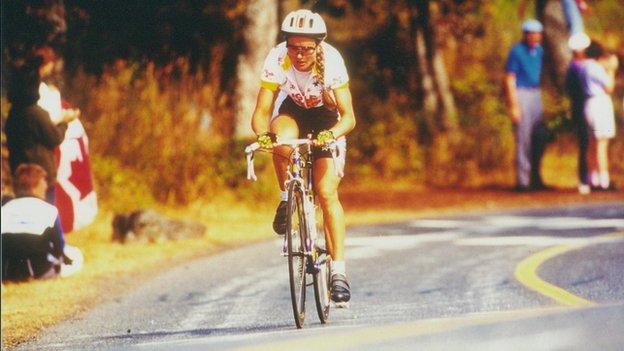 Five-times British women's road race cycling champion Marie Morgan has been appointed as an ambassador for the Isle of Man Commonwealth Games Association.

Morgan rode for Great Britain at two Olympic Games and four world championships as well as representing the island at the Commonwealth Games.

She said: "It will mean a lot to me to put something back. I am delighted."

"I have such great memories of representing the island at the Commonwealth Games, so I'm looking forward to helping others achieving a place at the next Games in Glasgow (in 2014)," the 51-year-old continued.

"It will mean a lot to me to put something back into sport and to play a part in helping someone else realize their own ambitions at the Games."

Formerly Marie Purvis, she represented Team GB at the 1992 and 1996 Olympics and was leading the road race in Barcelona 20 years ago when a puncture ended her hopes of a medal.

The following year, she became the first Briton to win a stage in the women's Tour de France in 1993 before eventually finishing sixth overall.

She also rode for the Isle of Man at the Commonwealth Games in New Zealand in 1990 and was fourth in the road race in Canada in 1994.

In addition to being an accomplished rider in massed start road races, she was also a strong time-triallist and won British national titles over 10 miles and 25 miles.

And in 1995, she broke the British women's hour record at Manchester Velodrome - her time standing for 14 years.

Juliet Holt, the IOM CGA president, said: "Marie's career shows how important the Commonwealth Games is, and how it can also be a stepping stone to competing at Olympic and World Championship level.

"We're delighted that Marie has agreed to become our second ambassador and she will play a valuable role inspiring competitors in all sports aiming to follow her example and represent Team Isle of Man at the Commonwealth Games."