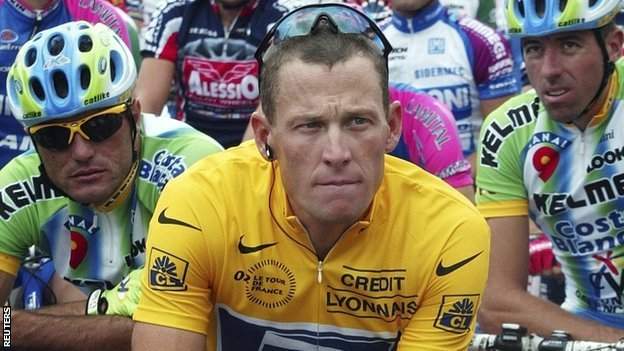 As the International Cycling Union (UCI) has now stripped Armstrong of his seven Tour titles, SCA will demand the money back from Armstrong.

"If this is not successful, we will initiate formal legal proceedings against Mr Armstrong in five business days (Monday 29 October)."

The insurance policy was taken out by Tailwind Sports, owner of the US Postal team, to cover performance bonuses that would be due to Armstrong if he won the Tours.

SCA initially refused to pay out money covering the bonus for Armstrong's sixth Tour de France win in 2004, totalling $5m, because it argued Armstrong was not a clean rider.

Armstrong took the company to an arbitration hearing in Dallas in 2005 and won, because the contract between the parties stipulated the insurance money would be payable if Armstrong was the "official winner" of the Tour.

Tillotson - an attorney for Lynn, Tillotson, Pinker and Cox, based in Dallas, Texas - explained that SCA was now trying to recover a considerably larger sum from Armstrong.

"The total amount we would be seeking back from Mr Armstrong exceeds $11m," he told BBC Sport.

"SCA paid bonuses based on Mr Armstrong's wins in the fourth, fifth and sixth Tour de France races he won in a row.

Tillotson added: "This is not a happy day for my client, but he feels Lance Armstrong has brought this upon himself."

On Monday, the UCI ratified the decision of the US Anti-Doping Agency (Usada) to strip Armstrong of his seven Tour titles - meaning the Texan can no longer be considered the "official winner" of those titles.

Usada had uncovered evidence that Armstrong was involved in "the most sophisticated, professionalised and successful doping programme" in the history of sport.