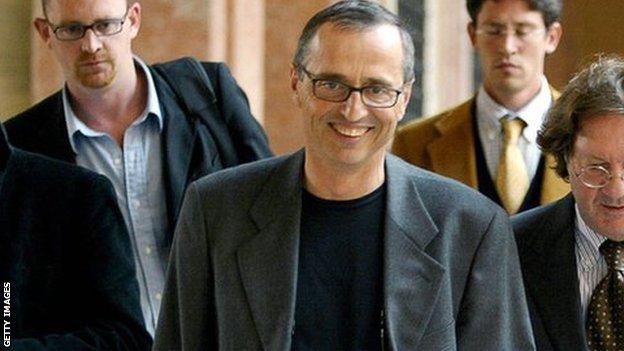 Lance Armstrong's former doctor Michele Ferrari has dismissed claims he was a key figure in systematic doping at the American's US Postal Service team.

Ferrari was banned for life by the US Anti-Doping Agency (Usada) in July, with evidence set out in Usada's 1,000-page report published this month.

He also denied having any professional relationship with Armstrong after 2005.

"The false accusations thrown at me are all based on 'visual' testimonies of each of the six witnesses, telling of events that concerned only me and the 'witness' himself," said Ferrari, 59.

"They never evoke the presence of another witness, whether between the six [key witnesses Floyd Landis, Tyler Hamilton, Christian Vande Velde, George Hincapie, Levi Leipheimer and Tom Danielson], or other persons who may corroborate the veracity of their claims.

"An exception is the declaration of Landis when he says: 'George Hincapie also had blood drawn by Dr Ferrari in my presence.' Too bad that Hincapie, in his affidavit, makes no reference to this serious charge."

A total of 26 witnesses, 11 of whom are former team-mates of Armstrong, cited doping-related incidents involving Ferrari.

The Italian denied having a professional relationship with 41-year-old Armstrong after 2005.

"I do not exclude that we may have met, but I deny that I had a professional relationship with Armstrong," Ferrari said.

"The dossier documented payments of Lance Armstrong to Health and Performance SA (a company for which I worked as a consultant) in 2005 and 2006.

"Those are delayed payments for consultancy in previous years."

The former cyclist has always denied doping, but gave up his fight against the charges in August.