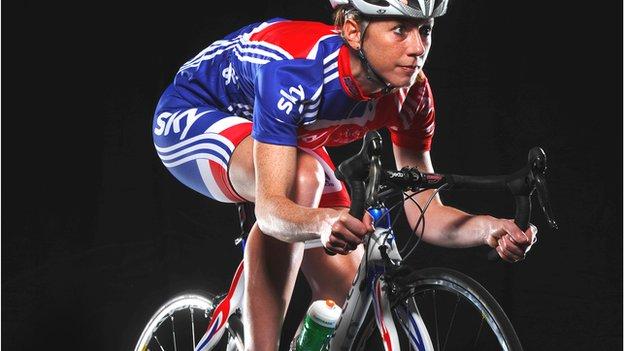 Wendy Houvenaghel has been named in the British team for the road World Championships despite her criticism of British head coach Shane Sutton after she missed out on an Olympic place.

Houvenaghel was angered after she was left out of the British pursuit squad which won Olympic gold in London.

However, the county Londonderry woman has been selected for the time-trial event in the Netherlands next Tuesday.

Houvenaghel recent won the British title in the time-trial event.

The 37-year-old will represent Britain in the 24.1km event in Holland alongside Emma Pooley.

The Olympic pursuit trio will not be joining Houvenaghel as part of the British squad in Limburg.

Houvenaghel described the trio as "juvenile", after claiming they did not speak to her following the Olympic final, adding that her exclusion had been "unjust".

Speaking on Friday about Houvenaghel's selection for the World Championships, head coach Sutton said that the issue had to be "de-personalised".

"At the end of the day I put out a team that I thought could win us a gold medal," added Sutton.

"I have no doubt that Wendy could step into any other team in the world.

"Unfortunately she's come up against three hot properties in women's cycling and the record speaks for itself."

Houvenaghel, who won silver in the 3km individual pursuit in Beijing in 2008, said that in pre-Olympics training she had been a part of a team that went quicker than the world record set in the London final.