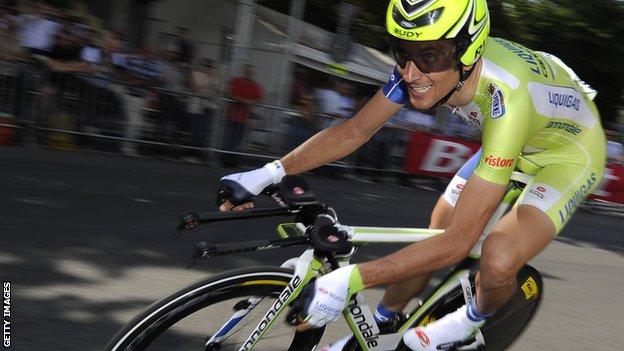 Two-time Giro d'Italia winner Ivan Basso will make his Tour of Britain debut after Team Liquigas-Cannondale announced it was entering for the first time.

Basso, 34, is currently competing at the Tour de France but has confirmed his appearance in September's race.

"The inclusion of such a high-profile team underlines the growing status of the race," said Tour of Britain race director Mick Bennett.

The tour starts on 9 September.

The first stage begins in Ipswich and the tour will take in areas of Scotland and Wales before finishing in Surrey on 16 September.

Liquigas-Cannondale, who are currently ranked third in the UCI World Tour standings, will confirm the remaining riders in their provisional Tour of Britain line-up later in the summer.