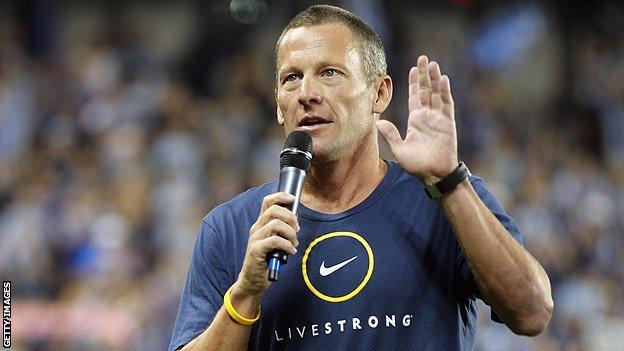 Seven-time Tour de France winner Lance Armstrong has been formally charged with using performance-enhancing drugs by the US Anti-Doping Agency.

The case will now be heard by an arbitration panel, who will decide the outcome of the hearing.

Armstrong, whose seven wins came consecutively between 1999 to 2005, could be stripped of his titles and banned from cycling if found guilty.

However, the 40-year-old denies doping, noting he has never failed a drug test.

In a statement, USADA said: "All respondents will have the opportunity to exercise their right to a full public arbitration hearing, should they so choose, where all evidence would be presented, witness testimony would be given under oath, and an independent group of arbitrators would ultimately decide the outcome of the case."

Earlier this month, Armstrong urged the USADA review board to dismiss allegations brought against him, with his legal team stating that the claims were "long on stale allegations disproved long ago and short on evidence".

They argue their client is unable to mount a legitimate defence until he is able to see the evidence against him, though USADA has said it is withholding witness identities to protect them from intimidation.

Armstrong, who survived testicular cancer prior to his record-breaking Tour wins, retired after the 2005 race, but made a comeback in 2009.

He retired for a second time in February 2011, taking up triathlon earlier this year.

The 2012 Tour de France begins on Saturday in Liege, Belgium.