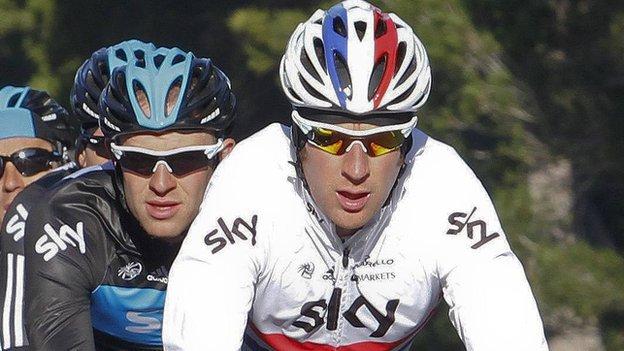 Bradley Wiggins continued preparations for the most momentous year of his career by clinching the final stage of the Tour of Algarve.

Wiggins is aiming for an overall win at the Tour de France in July, before the Olympic Games time trial in London.

"The boys rode fantastic and it is a massive display from the team.

"It is only early in the season but we've beaten some really strong riders here.

"We've got to keep our feet on the ground but the boys rode relaxed, in control. They communicated and dominated."