Warne - or Warnie, as he was famously known - was the king of spin, a loveable larrikin whose stellar career was hit by controversy, and whose star power transcended the pitch where he weaved his magic.

Warne made his Test debut in 1992, then announced himself as an instant Ashes legend when he dismissed England's Mike Gatting with his first delivery in the famous contest at Old Trafford in June 1993.

That hard-spun leg-break that left Gatting staring at his stumps in disbelief went down in cricket folklore as the 'ball of the century'.

A year later, he made more history against England by becoming the first person in 91 years to take a hat-trick in an Ashes series Test match.

Warne was as well known for his flippers - a signature trick delivery early in his career - as he was for his off-field controversies.

In 1998 he and Australia team-mate Mark Waugh admitted to receiving money for pitch and weather information from a bookmaker during their tour of Sri Lanka four years earlier.

Warne was suspended from cricket for 12 months in 2003 after failing a drugs test for a diuretic. It cost him a place in Australia's World Cup team that year.

His career was also littered by a number of scandals in his private life.

Warne will forever be known for the gargantuan amount of wickets he claimed during his storied career.

Warne not only did it on the international stage, but also for his home state of Victoria, in English county cricket for Hampshire, Indian Premier League side Rajasthan Royals and Melbourne Stars in Australia's Big Bash competition.

Warne once compared his life to a soap opera, such was the drama, intrigue and controversy that swirled around him.

He even appeared in episodes of Australia's longest-running drama Neighbours along the way.

After retirement he also appeared on reality TV show I'm a Celebrity... Get Me Out of Here!

Warne, who in 2000 was named one of the five Wisden cricketers of the century, retired from international cricket in 2007 following Australia's 5-0 Ashes clean sweep of England at home.

Warne also retired from first-class and List A cricket later that year, ending a seven-year spell with Hampshire, who he had captained since 2004.

He continued to play Twenty20 franchise cricket until retiring from all formats in 2013.

He remain involved in the game as a commentator and coached London Spirit in the inaugural Hundred competition last year. 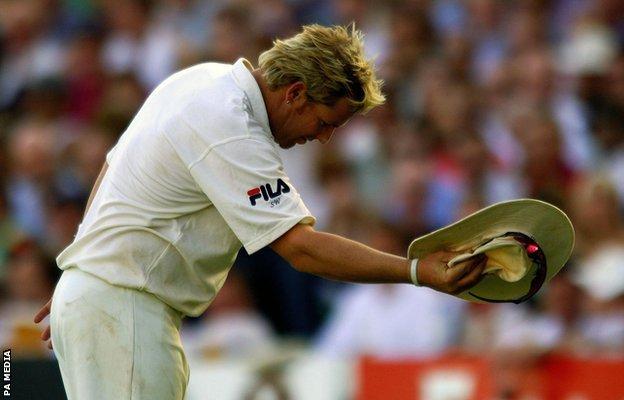