The Hundred is over and the best players in the tournament have been crowned.

Oval Invincibles skipper Dane van Niekerk is crowned the Most Valuable Player (MVP) of the women's Hundred competition with a final points tally of 129.2.

No-one is going to question her place at the top after her inspirational captaincy led her team to an emphatic victory over Southern Brave in the final.

The South African opened the batting, bowled leg-spin and took a series of exceptional catches in the competition. Is there nothing she cannot do? What a player!

All-rounder Erin Burns remains in second place on 107.8, but it's 17-year-old Alice Capsey who leaps into third after picking up more than 15 points for her performance in Saturday's final.

Her bowling figures of 2-21 included the crucial wicket of Anya Shrubsole. Surely it won't be too long before Capsey is at number one. Could 2022 be her year?

Despite finishing on the losing side in Saturday's men's final, no-one could catch Liam Livingstone at the top of the MVP table and he takes the title with 117.9 points.

Birmingham Phoenix bowler, Adam Milne, secured second spot with 106.4 but it was Southern Brave's specialist death bowler, Tymal Mills, who finished in third on 105.4 points - an increase of 19.8 points.

The CricViz Most Valuable Player model is a performance evaluation tool for limited-overs cricket and The Hundred. The model ranks player performance in batting, bowling and fielding on a single scale. The model takes consideration of the venue being played at and the match situation to more accurately reflect the effect of each player on the final score.

There was little doubt Liam Livingstone would top the men's runs table after his 92 not out.

In the women's competition, Jemimah Rodrigues, who also scored a tournament-high 92, is finally toppled from the top spot with Dane van Niekerk overtaking her with a final tally of 259. 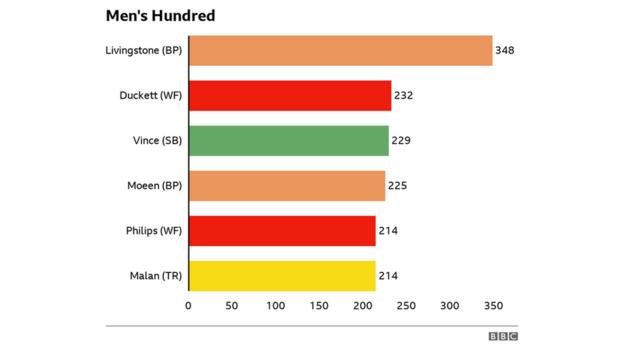 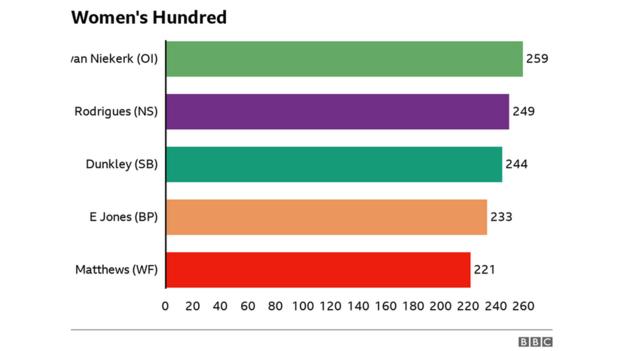 The wickets table for the men's competition ended in a four-way split with Adam Milne, Marchant de Lange, Adil Rashid and Rashid Khan all ending with 12 victims.

Tash Farrant dominated the women's wickets charts with a total of 18 wickets. 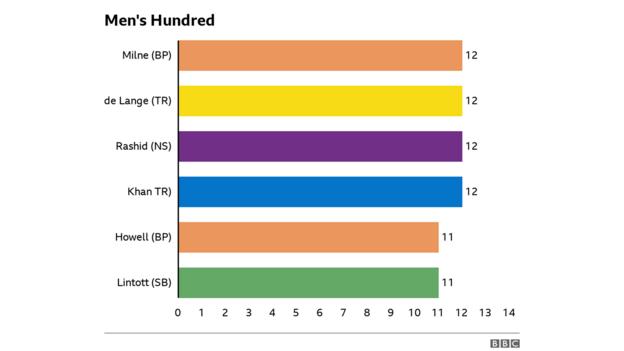 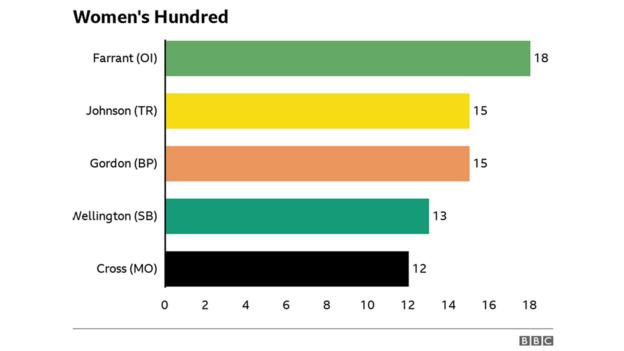 If the men's and women's results were combined, here's how the table would look after the group stage: