England can be very pleased with their performance in Sri Lanka.

By winning the series 2-0, sealed with another victory full of character in the second Test on Monday, they have done what they had to do.

Sri Lanka are not a great side by any means. They pressed the self-destruct button twice in the series, on the first day and the last, and that certainly helped England.

But Joe Root's team had next to no preparation, were playing in difficult, spinning conditions and lost the toss twice.

To win both matches in the manner they did speaks volumes about how they have performed. The positives by far outweighed the negatives.

England are developing a habit of winning matches. It is now 10 Tests unbeaten under Root's captaincy and five away wins in a row.

Those five wins have come against Sri Lanka and South Africa - who are not the strongest opposition - but England have not achieved that feat since before the first World War. There has been a lot of cricket since then.

They now travel to India where they'll spend another six days isolated in their hotel rooms because of coronavirus protocols before the first of four Tests begins on 5 February.

Just imagine what the mood could have been like had things gone badly in Sri Lanka.

Instead, England know they have to improve but they will be champing at the bit to get going.

The last time England played India away they went into the series having suffered a humbling 108-run defeat against Bangladesh in Dhaka.

Things are very different this time. England are happy. Root was posing with the Moose Cup and its big antlers, the players are laughing and as a team they have bonded.

Psychologically they are in a good place to take on India. The question is whether they have the talent to back it up.

By beating the likes of Sri Lanka, Pakistan, West Indies and South Africa, they have been promoted from the Championship.

Now they are off into the Premier League.

Even with injuries to key players like all-rounder Ravindra Jadeja and bowler Mohammed Shami, India will be an incredibly difficult proposition on home soil.

As we keep saying, they have not had much cricket and are inexperienced. But they must improve if they are going to trouble India.

They have got to bowl maidens and build pressure to allow Root to put fielders in places that will prevent India's batsmen from taking easy singles.

Players like Virat Kohli, Ajinkya Rahane and Cheteshwar Pujara are not going to gift wickets like Sri Lanka's batsmen did. They are ruthless and make big scores.

They are honest and know they have to step up a gear. It will all be about patience, control and discipline. 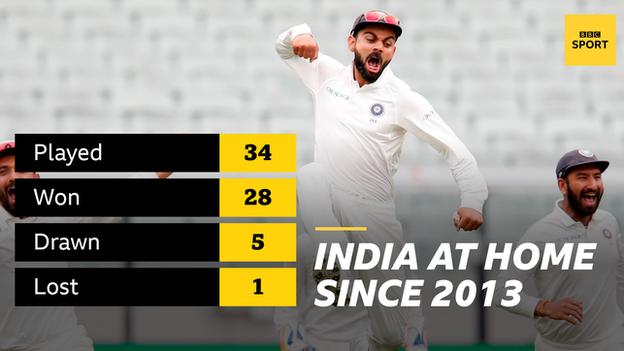 England have shown in recent years when things do get tough they have the character to stick it out.

Root's two centuries are a massive plus, as are the wicket-taking exploits of Stuart Broad and James Anderson.

England have to wear India down in their own back yard which will not be easy.

However, if you stay in the game, it only takes one bad session for India or an inspired bowling spell for things to change.

England will still have a lot to mull over when they do emerge into the fresh air after their quarantine in Chennai.

Having missed the Sri Lanka series for the birth of his child, I expect Rory Burns to come back in at the top of the order and open alongside Dom Sibley.

Sibley showed he is psychologically tough by leading England to victory with 56 not out in the second Test, having admitted he sat in his room wondering where his next run will come from. It will do him a lot of good.

But Sibley still could have been out lbw three times to the umpire's call lbw decisions which were identical to his first-innings dismissal. He still needs to work on his game because he gets so deep in the crease and gets trapped in front of the stumps.

England's selection for the first Test is further complicated by their rotation policy.

As frustrating as it is to see Jonny Bairstow among others being rested for the first two Tests and Jos Buttler sitting out the final three, you cannot argue with what England are trying to do.

Players like Buttler and Bairstow have spent so much time in bio-secure bubbles it is right that England try to manage them.

England want to give players a break now to prevent them getting into a bad place further down the line.

Of course, Root would like his strongest team. I played in an era where you pick your best players for every match but things are different now.

Normally, they would play two Tests and then their partners and families would come out and see them for 10 days. There would be a break and they could recharge their batteries.

Now, the only contact players get with their children is reading a bed-time story over a video call.

That is hard and it will be a challenge for Root and the England management to keep people going if things get tough in India.

You do not want the bubble to turn sour.