Virat Kohli steered India into the semi-finals of the World Cup on Tuesday - then immediately went to celebrate with an 87-year-old fan.

As the players left the field, Kohli and man-of-the-match Rohit Sharma headed straight to Charulata Patel who had earlier gone viral on the internet for her enthusiastic support of the India team in the stands.

Journalist Mazher Arshad tweeted: "Charulata was born 43 years before the first World Cup and has seen so many generations of cricketers but believes that Virat Kohli is the best. Fan of the tournament!"

Former England captain Michael Vaughan described a television shot of Charulata's enthusiastic support as "the picture of the World Cup", but we should probably let Virat himself have the final word: 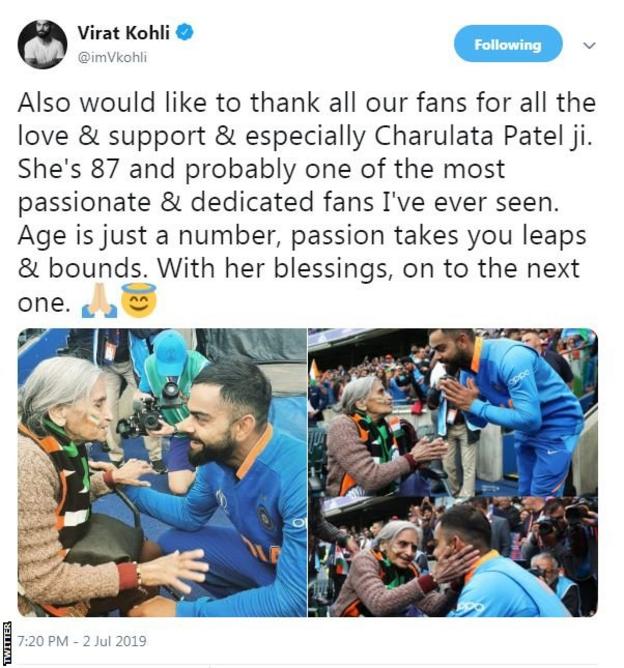