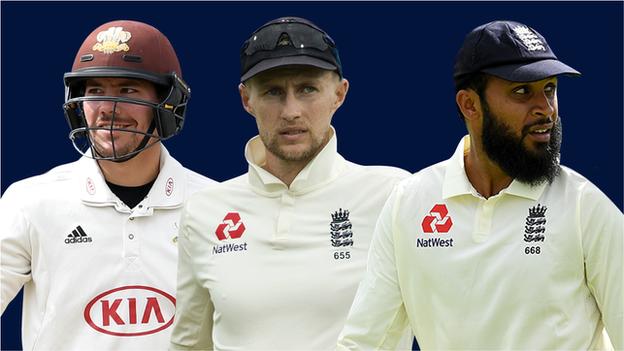 Joe Root's side are without an away series win since January 2016.

Who takes the field for England on Tuesday is among the main talking points heading into the match.

With that in mind, we asked you to select the XI you want to see take to the field in Galle:

35,000 BBC Sport readers picked a team. The 11 most popular players make up the final XI, listed here in batting order:

After leading Surrey to the Division One title - scoring 1359 runs at 64.71 - the left-hander looks the ideal candidate to replace Alastair Cook at the top of the order. There have been some questions about his technique, but his numbers alone are enough to warrant him being given an opportunity.

Despite his struggles after being recalled in May - he has scored 192 runs in 10 Test innings - 53% of people still want Jennings in the side. 50% want the left-hander to open, whilst another 3% want him to come in at three.

More than three-quarters of people who selected a team want Denly to make his Test debut at the age of 32. 53% want the Kent player to open, with another 24% seeing him coming in at three - making him the most likely candidate to bat at three in this team. His leg-spin could also be a crucial asset for England.

The captain has made no secret of his desire to bat at number four, rather than three. Some 64% of readers agreed that was Root's best position - he averages 52.90 from 47 innings batting there. 35% of users placed him at three.

Stokes struggled for form slightly during the summer, only averaging 25, but he's still a resounding selection in the middle order. He fared much better with the ball, taking 17 wickets, and his extra pace and bounce could be useful on Sri Lankan pitches.

What a year it has been for Buttler. Handed a second chance at Test cricket by national selector Ed Smith, the 28-year-old amassed 510 runs at 46.36 this summer, making him one of the first names on everyone's team sheet.

After initially missing the start of the Test summer following a poor winter in Australia and New Zealand, Moeen took 14 wickets in four matches to book his place on the plane and in this team. His flexibility to bat anywhere in the order could also be crucial throughout the series.

His controversial return to the Test team perhaps didn't work out as many hoped - the leg-spinner struggled for form in taking just 10 wickets in eight innings at 30.89 - but in sub-continental conditions, 82% of people have placed their trust in Rashid.

There have been rumours Broad might get rested with one eye on next summer's Ashes - and a potential desire for England to field three frontline spinners - but 66% want to see England's second most successful wicket-taker add to his 433 Test wickets in Galle.

Who else could it be? Anderson became the most successful pace bowler in Test history by wrapping up victory at The Oval in the final Test against India. The 36-year-old will be hoping to add to his 564 Test wickets.

Jonny Bairstow misses out with the ankle injury he picked up playing football during a warm-up in the ODI series. If fit, he'd have featured in the team after 61% picked him.

Chris Woakes would secure 12th man duties after being picked by 52% of users. He averages 61.77 with the ball in overseas conditions, compared to 23.33 in England, which may have persuaded users to leave him out.

Jack Leach is an option for Bayliss and Root if England decide to play another spinner. 32% of people included the Somerset spinner, who took 30 Championship wickets at 24.07 last season, in their side.

Olly Stone, who is yet to make his Test debut, was selected in 16% of teams.

Who should be in England's side for the first Test against Sri Lanka? Choose your XI and share it with friends.