Opener Mark Stoneman admits losing the first three Ashes Tests is "pretty devastating" but insists there is no gulf between England and Australia.

England surrendered the Ashes with defeat in Perth and are now looking to avoid a third 5-0 whitewash in their last four visits down under.

"It by no means felt an unachievable task and going to Melbourne we'll give everything to get a positive result."

England, who face Australia in the fourth Test at the 100,000-capacity Melbourne Cricket Ground on Boxing Day, have shown moments of promise in the series, bowling out the hosts for 328 in the first match in Brisbane and 138 in the second innings at Adelaide.

However, they lost those first two Tests by 10 wickets and 120 runs. 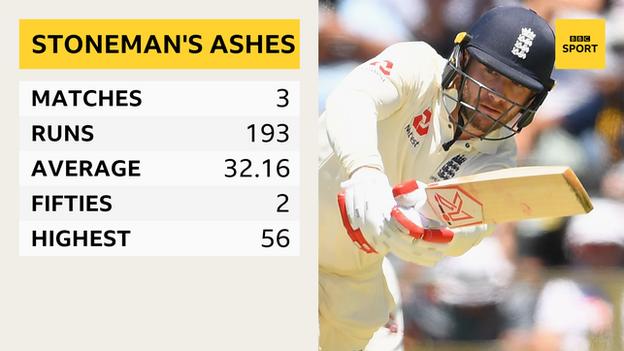 Then in Perth the tourists reached 368-4 after centuries from Dawid Malan and Jonny Bairstow, but lost their last six wickets for 35 runs and went on to a defeat by an innings and 41 runs.

But, asked if it felt as if England were playing against a better side Stoneman, who has played six Tests, said: "In all honesty no, we're two sides of fairly balanced bowling attacks.

"They have maybe had us covered at times in the pace department but when we've had the ball moving we've shown we're able to put their batsmen under a lot of pressure and at times with the bat as well we've been putting runs on the board, but just not enough.

"Despite what's being reported in matters off-field this group has really worked hard and it's just those key moments each time they've managed to get the upper hand on us."

England have had to deal with incidents away from the field, with Bairstow accused of headbutting Australia's Cameron Bancroft - albeit in a manner intended to be genial - and Ben Duckett suspended from playing on the Lions tour of Australia after pouring a drink over James Anderson in a Perth bar. 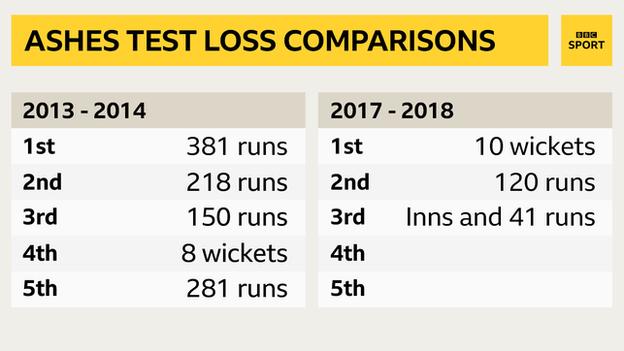 "There's a lot made of nothing really and there's work that's going in, commitment that everybody throughout the group has shown, from the very beginning, pre-tour even, to give our utmost to be successful over here," said Newcastle-born left-hander Stoneman.

"Yes results haven't gone our way but the commitment and effort has never been wavering and that's quite disappointing when all the reports have been about trivial things."

How is the Ashes affecting your life?

How have you been following the Ashes from afar, and how has it affected your normal sleeping patterns?

Have you been able to stay up all night and follow the action? Or have you been listening to TMS under the duvet? Perhaps you have been waking more than usual to check updates on the BBC Sport app?

Do you go into work bleary-eyed each morning? How do you juggle day-to-day life with the desire to follow cricket in a distant land?

We're keen to hear about your tales of cricket-induced sleep deprivation/batting collapse nightmares. Contact us via this form, and leave your details if you are happy for a journalist from BBC Sport to phone or email you.