Dawid Malan struck his maiden Test century to breathe life into England's Ashes defence on the first day of the third Test in Perth.

With Australia 2-0 up, England must avoid defeat at the Waca, a ground where they have not won since 1978.

The tourists slipped to 131-4, but Middlesex left-hander Malan calmly gathered an unbeaten 110, sharing 174 with Jonny Bairstow, who hit 75 not out after being promoted to number six.

Malan was dropped on 92 by Cameron Bancroft at third slip off the bowling of Mitchell Starc.

He soon reached a memorable hundred in his eighth Test, he and Bairstow seeing off eight overs with the second new ball to take England to 305-4.

Mark Stoneman earlier made 56, but James Vince and Joe Root failed to build on starts, while Alastair Cook was out for seven in his 150th Test.

But they were ultimately blunted in the heat by Malan and Bairstow, who dragged England into a position from which they could earn a result in the last Ashes Test to be held at the Waca. 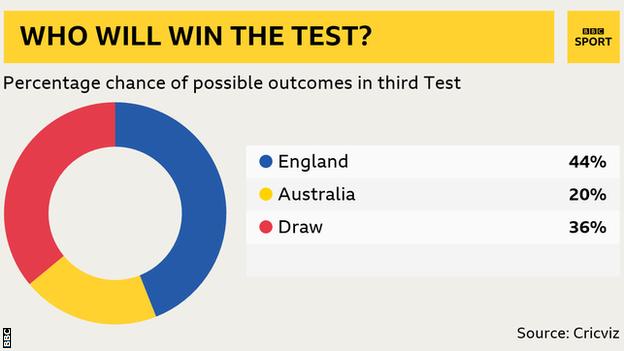 All this on a day when the International Cricket Council said there was "no evidence" of corruption following a report in the Sun that Indian bookmakers had offered to fix aspects of the match, and Ben Stokes smashed a 47-ball 93 in a Twenty20 for New Zealand side Canterbury.

Following England's defeat in the second Test at Adelaide, coach Trevor Bayliss said batting was a concern and captain Root asked his side to extend the brief moments they have put pressure on the hosts.

The 30-year-old needed some fortune - he could have been run out had a David Warner throw hit the stumps, and a hook off Starc was top-edged for six - but, as he grew into his innings, Malan showed exceptional judgement outside off stump as well as unfurling glorious cover drives and deft cuts.

Bairstow initially played a supporting role, progressing into playing drives on both sides in a fifth-wicket stand that is England's highest partnership of the series.

Looking nervous in the 90s, Malan played a loose shot at Starc's first delivery with the second new ball, but was reprieved by the diving Bancroft.

He reached three figures with a hook for four off Hazlewood and, following a muted celebration, caressed the same bowler through the covers as the Barmy Army sang "we're going to win 3-2".

When Australia bowled full in the first hour, Stoneman cashed in with clips through mid-wicket and drives through the off side.

He had the handle of his bat broken by a Starc short ball, but that was nothing compared to the barrage he faced on reaching his third Test half-century just after lunch.

As Hazlewood bowled at high pace, Stoneman was dropped at first slip by Mitchell Marsh, took a blow to the side of the head and could have been caught at point by a diving Nathan Lyon.

His luck ran out when Australia appealed for a catch behind off a Starc bouncer. Initially given not out, third umpire Aleem Dar decided that a scratch of sound was the ball making the contact with Stoneman's glove.

The England dressing room protested, Stoneman walked off, then took a few paces back towards the crease as there were suggestions the ball struck a hand that was not holding the bat, so should not have been given out.

Eventually, replays seen after Stoneman departed seemed to vindicate Dar, but whether he had enough evidence at the time to overturn the not-out on-field decision is debatable.

It was Australia's misfortune to lose the toss on a true surface surrounded by a lightning-fast outfield.

Their pacemen, though, were a threat for most of the day, the ball often flying through with the trademark Waca high pace and steepling bounce.

Their length was perhaps too full in the first hour, yet Starc was still rewarded by pinning Cook leg before.

Stoneman and Vince shared 66 for the second wicket, but Australia regained the ascendancy thanks to Hazlewood, who bowled 20 consecutive dots before having the poking Vince held by wicketkeeper Tim Paine.

As the hostility grew, Root was caught down the leg side off Pat Cummins and Stoneman was given a torrid time, the Australian juggernaut primed to run through England's batting once more.

But, when they were stopped by Malan and Bairstow, unlike earlier in the series Lyon was not able to pick up the slack. With England showing more positivity against the off-spinner, he bowled 19 wicketless overs.

And, if the drop by Marsh which reprieved Stoneman did not prove to be too expensive, the cost of the life given to Malan by Bancroft is not yet known.

'Malan sent a message back to the Aussie quicks'

Former England captain Michael Vaughan: "It's been a tremendous day for England. They've been asked so many questions. When they went four down, the feeling around the ground was that it could quite easily get quite ugly for England.

"It felt like the wickets were going to tumble but Dawid Malan's mentality changed.

"When they were pushed into a corner, he played some shots. He got lucky but he sent a message back to the Australian quicks. It was so important.

"England will be disappointed if they don't get 425-plus. This is the best batting wicket of the series so far and the outfield is rapid. You get rewarded for every stroke you play, and it's difficult to set fields to.

"If they don't, Australia will be delighted, because the ball hasn't done a great deal. Josh Hazlewood was the pick. You can't afford to switch off mentally against this Australia side."

A word for Bairstow

Simon Hughes on Test Match Special: "Jonny Bairstow was excellent today. He played so straight. I don't understand why England haven't had him at six throughout this series. It's been a flaw in the way they decided to organise this team.

"He proved today they have to have him in the top six. He's been bristling with intent. England have needed a bit of presence at the crease, and both of them have had that."