Stokes, who batted at number four, was bowled seventh ball in Canterbury's 221-9 in 50 overs against Otago Volts.

Opening the bowling, he claimed 0-49 off nine overs as Otago won by three wickets in Rangiora.

Stokes, 26, has not played since being arrested after an incident outside a Bristol nightclub in September.

The England and Wales Cricket Board (ECB) said he cannot play for England while he waits to discover if he will be charged by the Crown Prosecution Service (CPS).

However, he can play domestic cricket in any country and signed for Canterbury after travelling to New Zealand to visit his family.

Stokes scored two with a pull before he was bowled via an inside edge playing back to slow left-armer Anaru Kitchen at the Mainpower Oval.

Stokes appeared to hurt his side during the game, but Canterbury coach Gary Stead said: "It's just general stiffness. There's no injury problems at all there."

On Stokes's performance he added: "If anything he tried too hard. It's to be expected that he's a little rusty but he'll benefit from the run."

Canterbury travel to Auckland Aces in their second match of the one-day competition on Wednesday.

Durham's Stokes was arrested on suspicion of causing actual bodily harm after an incident on 25 September in which a man suffered a fractured eye socket.

Stokes, who broke a finger in the incident, was released under investigation.

On 29 November, Avon and Somerset Police said it had completed its investigation and sent the findings to the CPS to decide if Stokes would be charged.

With a decision not to be made for several weeks, Stokes seems unlikely to play in England's current Ashes series in Australia. 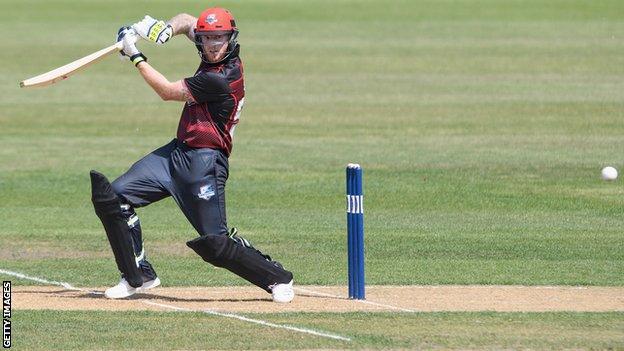 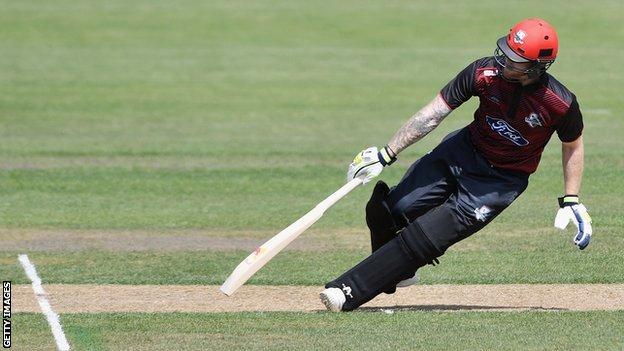 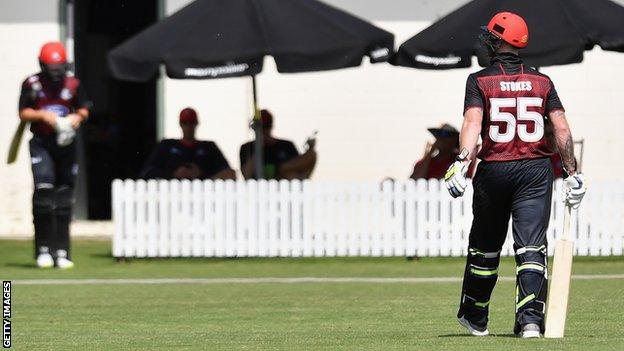 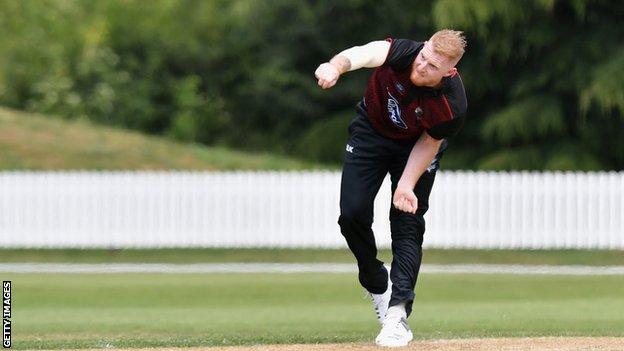