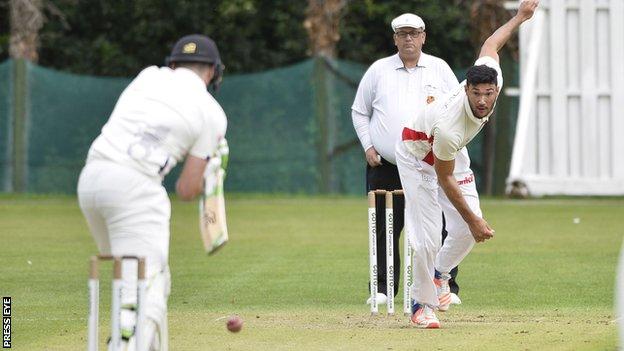 Waringstown still have a four point-lead over North Down in the NCU Premier League but bottom side Lisburn came close to causing an upset at Comber, where the home team managed an eight runs victory.

Fortunately for the Wallace Park team CSNI also lost and are only four points above them with an extra game played.

North Down won by eight runs

Coleraine's unexpected defeat by Eglinton makes Donemana firmer favourites to retain the Long's SuperValu Premier League title, even though the holders could only tie with Brigade.

Coleraine and Brigade have now lost twice while Donemana are still undefeated. At the other end Fox Lodge won only their second game of the competition, again against Drummond, so the Limavady team look destined for relegation.