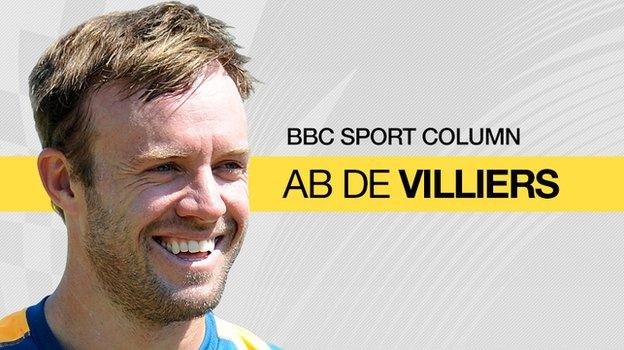 There are a few people who would love to be standing in Virat Kohli's shoes this weekend, leading their national team into the final of Champions Trophy, and there is no doubt the captain of India will be relishing the prospect of Sunday's final against Pakistan at The Oval.

Eoin Morgan of England, Steve Smith of Australia and Kane Williamson of New Zealand are three great cricketers and captains who will be watching the final from the sidelines, perhaps pondering the often tiny margins between victory and defeat in these tournaments.

As South Africa captain, I know how they feel.

Yet while the disappointed captains of eliminated teams must accept the reality of recriminations and a social media backlash, Virat has managed to guide his team through to the final and now, once again, stands centre stage for the showpiece occasion.

At 28, he is at the peak of his powers, surely the outstanding cricketer in the world today.

I have been privileged to play alongside him in the last six Indian Premier League tournaments and, as his team-mate at Royal Challengers Bangalore, have seen at first hand not only his extraordinary skill as a batsman but also the energy and intensity that he brings to the game.

He is a consummate surgeon at the crease, intensely focussed, working hard, playing the ball into gaps in the field and staying calm under pressure. He is always judging the right time to consolidate and the right time to seize a game by the scruff of the neck.

The sheer volume of his runs leaves no room for debate: Virat has scored 8,008 runs in 183 one-day internationals, at an average of 54.47, and this week moved to the top of the ICC rankings of ODI batsmen.

He has found his best form in this tournament, scoring an unbeaten 81 in India's opening win over Pakistan, adding an unbeaten 76 in the do-or-die victory over South Africa, and compiling a clinical and commanding 96 not out in the semi-final victory over Bangladesh.

India's batting order is decorated with many brilliant talents, but the Pakistan bowlers will realise the paramount importance of controlling Virat on Sunday.

He has been blessed with wonderful natural talent but, as ever among high achievers, his talent is underpinned by a willingness to work hard.

Unseen, he is determined and relentless in training, remaining in the nets as long as necessary to ensure he feels comfortable with every aspect of his game. I have watched him rehearse his strokes over and over again, until sweat is pouring from his brow, never stopping until he is satisfied.

Beyond the golden talent and the iron determination, Virat has learned how to cope with the pressures of his exalted position.

If you drive into almost any city in India, you will see his face appear on every other billboard. Being the most marketable and possibly the most popular personality in a nation of 1.3bn people brings its own pressures: he simply cannot move without being begged for a 'selfie' and his every move, word and even gesture is relentlessly reported in print, electronic and social media.

Twitter whirred when he stuck out his tongue to celebrate a wicket against Bangladesh.

Virat has learned to live with these realities... and also to accept the burden of unrealistic expectation that he should score runs every time he reaches the crease, and that his team should win every time they take the field.

When things don't go well - and, unfortunately, for Virat as for anyone else, things don't always go well - he falls back on his intense commitment and works ever harder until he turns the corner and meets the excessively high expectations.

There were occasions earlier in his career when his determination to succeed spilled over into outbursts anger and volatility on the field, but such incidents are rare now. He has evolved into the very model of a calm, clinical and confident professional cricketer, seemingly in control of every situation.

Intense and serious in matches and at practice, he retains the invaluable ability to switch off from the game, relaxing, laughing and joking at every opportunity.

He enjoys calling people by playful nicknames and he can find humour in almost every situation, even when we are spending hour after hour at another photo shoot, waiting for the photographer to be ready, then being told how and where to pose, then waiting some more, then being told we have to start the process all over again.

While some of his team-mates are getting frustrated and struggling to be patient and composed, Virat will find something funny and deftly defuse the situation.

So he continues to thrive, and so his Indian team continue to enjoy remarkably consistent success at ICC tournaments.

Not long ago, on the morning after an away match in the Indian Premier League, I arrived at breakfast in the hotel to find Virat sitting on his own.

We started chatting about the game of cricket, a little about the pressures and the expectations... but mostly we spoke about the fantastic privilege to play for and to captain your country, and we agreed that we should savour every moment of what, to be honest, remains a special and wonderful way to make a living.

Virat is five years younger than me, so I asked him: "How long do you think you will keep playing the game?"

"I'm going to play forever," he said, his face breaking into a broad smile.

And so 'forever' continues on Sunday at The Oval.