David Warner hit his seventh one-day century of the year as Australia sealed a 3-0 series whitewash over New Zealand with a 117-run win in Melbourne.

Mitchell Starc took 3-34 as New Zealand were bowled out for 147 with almost 14 overs unused at the MCG.

Only Sachin Tendulkar (nine) has made more ODI hundreds in a calendar year.

Australia beat New Zealand by 68 runs in Sydney and 116 runs in Canberra in the first two matches of the series.

Australia begin a three-Test series against Pakistan on Thursday in Brisbane, while New Zealand host Bangladesh in a limited-overs series starting on 26 December. 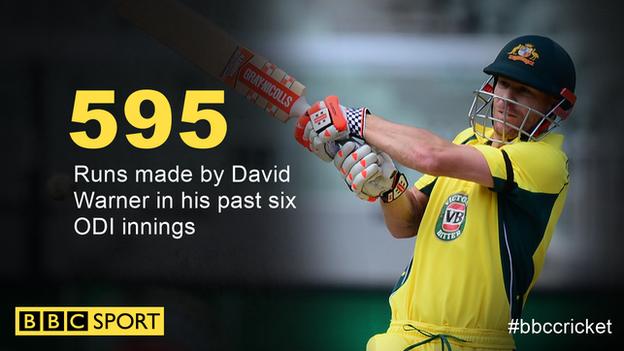