Disability cricket is probably not the first thing that comes to most people's minds when they think of disability sport.

However, one county in the Midlands is leading the way when it comes to promoting the benefits the game can bring to people with a wide range of disabilities.

Shropshire, despite being a minor county in the first-class game, are enjoying plenty of success in disability cricket.

BBC Sport kick-off reporter Connie Morgan took a closer look at how it works and Shropshire's role in the game.

The ins and outs of disability cricket 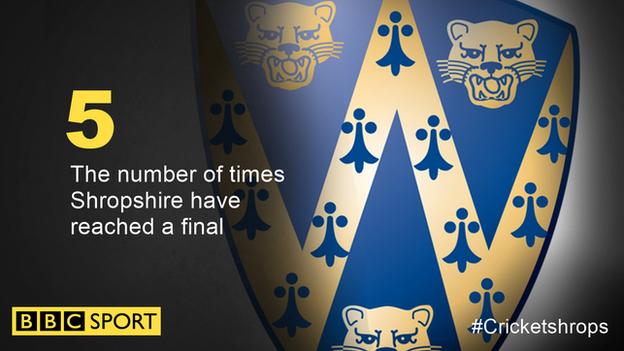 Disability cricket at county level was suspended for two years in 2012 to allow a restructure of the game, but it is now back and better than ever.

There are two national competitions. Softball, or Incrediball, began in 1988 with 23 counties now registered to play. Hardball started just a decade ago with nine counties eligible to compete.

So how do they work? Hardball cricket is closest to the traditional game. It is 40 overs a side and played with a hard ball in a competition called the D40 league.

Softball cricket is a shortened version of the game played with a softer ball called an Incrediball.

There is also table cricket - a form of cricket played on a table tennis table with side panels and nine sliding fielders, but the game is truly unique as it can be adapted in numerous ways to make the sport inclusive for all levels of disability.

Nationally there are 763 people registered to play with county teams averaging 75 players each.

"The ECB give us funding to run different activities and give people lots of opportunities which is great for people's welfare and is also great for the game," said Shropshire Cricket Board cricket development officer Ed Ashlin.

The SCB has two representative teams; a hardball squad who play in the D40 league and a softball squad called the Super Nines.

Players from both squads attend a winter training and coaching programme and play fixtures over the summer months in a regional league structure against other counties, culminating in national semi-finals and a final.

There is also a club indoor disabled cricket league run over the winter months run by the Shropshire Disabled Cricket Association.

'We are a family'

Over the years SCB Disability squads have and continue to enjoy an abundance of success.

Between both of the representative squads, Shropshire has qualified for the finals of the National County Championships four times but were runners-up in each. Most recently in 2015 against Lancashire, the most successful disability cricket side, when they were bowled out for 86.

But this season, Shropshire are back on the trophy trail after emphatically defeating bowling out Cheshire for 37 to beat them by 190 runs, before beating Essex at Kidderminster by 17 runs in the semi-final on August 14.

But it's not just about the success, as Shropshire as player-manager Dave Hassel explained.

"Five players from Shropshire went to a regional centre based at Northamptonshire County Cricket Club and have been asked to go to training sessions which can lead them into the England team," he said.

"We also had players including brothers Calum and Shaun Rigby in both of England's disability representative squads over recent years, one for physical disability and one for learning difficulties and Shropshire have players representing both now."

The SCB Disability squad has to date achieved something rather different to silverware and Championship titles - togetherness. "We're not just a cricket team - we're a family" added Hassel.

The future in Shropshire 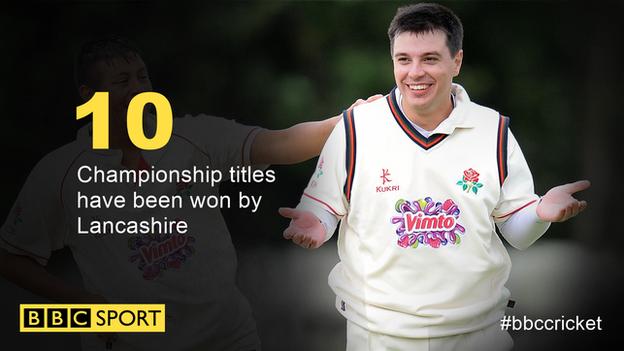 There are two main goals in the long-term future of Salopian disability cricket according to development officer Ashlin.

"We are aiming to get potential hubs or get a central disability club in North Shropshire for disabled players to play and get teams together as well as playing in the main league structure," he said.

"Another aim is to try and identify potential disabled groups in south Shropshire who might be playing sport already who might not have played cricket before.

"We could get one or two players interested or a whole group wanting to join a club and become their disabled section. That's the direction were trying to go buts it's not going to be a quick fix."

Shropshire's immediate future, however, concerns the National County Championships, aiming to go one better than last year and win the competition.

"We had never beaten Lancashire on their home ground and we did it this year without a couple of our key players - our captain wasn't there so we had to pick one on the day and another got picked for Worcestershire so she wasn't there," Ashlin added.

Player-manager Hassel has been playing disability cricket for Shropshire for 20 years and has been involved in all of Shropshire's finals. But this year he has his own personal motivation for winning this year.

"I want to win the league so I can retire from playing and give someone else an innings," he joked.

Hopefully this year they can come out the right side of a final and win so Shropshire can lift that elusive trophy and Hassel can finally hang up his boots.