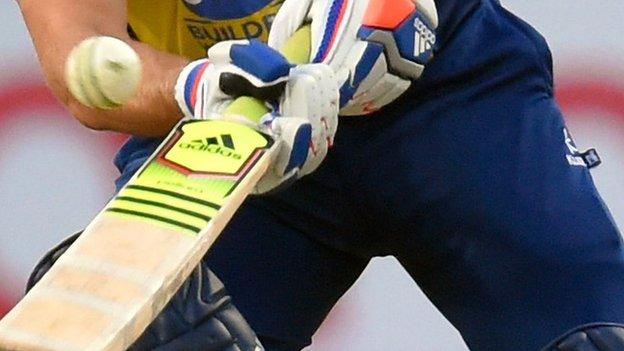 Heavy rain forced the abandonment of the One-Day Cup game between Derbyshire and Yorkshire after only one over of play at Queens Park in Chesterfield.

Ben Slater played out a maiden over from Tim Bresnan after Yorkshire won the toss and put the home side in.

But the players then had to retreat to the dressing room as bad weather arrived at the ground.

And umpires Ian Blackwell and Neil Mallander decided no further play would be possible shortly before 13:00 BST.

Yorkshire are next in One-Day Cup action on Tuesday with a home game against Northamptonshire at Scarborough,