Lumb and Riki Wessels shared a 342-run opening stand as Notts made 445-8 on Monday, with Northants 425 all out.

The combined total of 870 runs broke a 14-year-old record for the most scored in a 50-over fixture in England.

"There's no fear now with the advent of Twenty20 and how guys hit the ball, they take the ropes on," Lumb said.

"You look at the scores around the country and 300 is kind of par and we got a bit more, but the way the game's going with these Powerplays, there's going to be some big scores this summer."

Lumb struck 184 runs from 150 balls as he made his first century in limited-overs cricket since hitting 106 on his one-day international debut for England against West Indies in February 2014.

The 36-year-old was supported by Wessels' 146 from 97 deliveries, before both batsmen were dismissed within three overs.

"It's one of those funny things, some days you walk out there and the stars align and you have a day out, and it seemed to be like that for me and Riki," Lumb told BBC Radio Nottingham.

"We got a big partnership and that's what we try to do and get the team off to a good start.

"It just kept on going and going, so when those days happen they're quite special."

"It was a great run chase from us. I don't think we've had such a dangerous score that's been put in front of us and come so close," he said.

"There's areas with the ball that maybe we need to dig deeper, but we're proud of our efforts. There's a lot of guys that have put in a lot of hard work in for us to get within touching distance of that target."

Northants' hopes of completing an unlikely chase were hurt when former South Africa batman Richard Levi suffered a shoulder injury, with the 28-year-old eventually coming in at number 11.

"I was petrified Richard was going to have more damage - but having got that close he wheeled himself out there," Ripley continued.

"When we got to within 50 runs we started talking about it as he had his arm in a sling.

"Our hope was he'd be in with Graeme White or Rory Kleinveldt and he could just block and hold an end up, but when he was left with Ben Sanderson he had to try to play a hand himself.

"No-one quite likes glorious runners up for too long but I think we can take a bit of heart from that effort tonight." 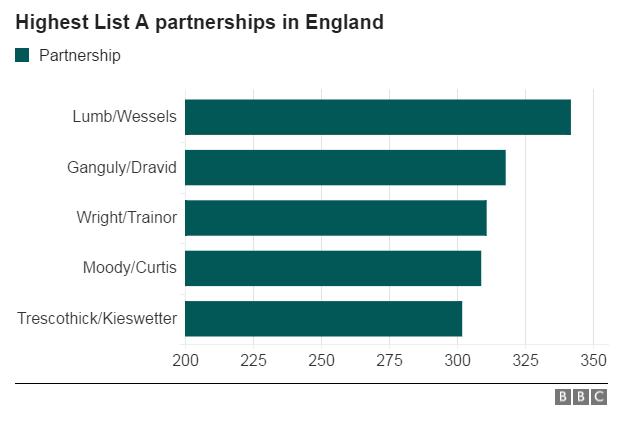