England captain Alastair Cook could become the youngest player to score 10,000 Test runs when his side play Sri Lanka in the first Test at Headingley.

He will be the 12th player to reach the milestone, and the first Englishman.

"I have managed to score consistent runs for England over 10 years - and that gives me more pride than being compared to anyone else," said Cook. 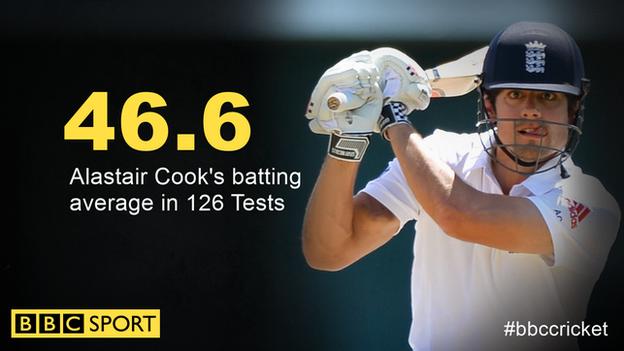 "It will be a nice moment and you get to join an elite band of Test cricketers," Cook told BBC Test Match Special. "Those guys are far better batters than me.

"If the moment does come this week, it would be a great moment personally.

"You'd be lying if you said you were not thinking about. Can I put it to the back of my mind and focus at the top of the mark? I'm pretty sure I can."

England play Sri Lanka in three Tests, five one-day internationals and one Twenty20 in what will be the first 'Super Series' in men's international cricket.

Four points are awarded for a Test win and two for a limited-overs victory, and the team with the most points will be crowned overall winners.

Cook confirmed pace bowler Steven Finn will play in the first Test of the three-match series, ahead of the uncapped Jake Ball.

Finn took 11 wickets at an average of 26 in the 2-1 winter Test series win in South Africa, but his tour was ended early by a side strain.

"He has been outstanding for us when he's been fit," said Cook.

James Vince, the 25-year-old Hampshire captain who has played one ODI and three T20s, will make his debut at number five following James Taylor's retirement with a heart problem.

Cook said: "The way he has come into the one-day squads and fitted in really well and handled what's around him, he looks a really mature guy and ready to play Test cricket."

Alex Hales, who averaged only 17 in his debut series in South Africa, will open the batting alongside Cook.

Nick Compton made a crucial 85 in the first Test win in Durban but did not pass 50 in the next seven innings, although he is expected to bat at three.

"It's good that people come into the side and know they're not going to get chucked out after a couple of games," said Cook.

"It's very hard to judge a player in one series, away from home.

"We thought it was fair and right that we picked the guys who played in that series, which we won - sometimes people forget that."

What about Sri Lanka?

Sri Lanka - seventh in the International Cricket Council Test rankings - won 1-0 on their last visit to England in 2014 thanks to a stunning victory at Headingley with one ball to spare.

"The fourth night of that game was the lowest I've felt as England captain," said Cook, who faced calls for his resignation after the match. "That was as dark a time as I can remember."

This is the first time since 1991 that Sri Lanka have toured England without Sangakkara or Jayawardene, who scored a combined 24,214 runs in 183 Tests.

"We don't have the two legends now - we've got to move on," said Sri Lanka captain Angelo Mathews.

"Now we've got a fearless set of players who are willing to take the English on."

They will be without seamer Dhammika Prasad, who took five wickets in Leeds two years ago, because of a shoulder injury.

"He is our premier fast bowler so it's going to be a big loss," added Mathews.

Cook said: "We know how dangerous Sri Lanka are. They have always punched above their weight."

"The last time we saw England was at the World Twenty20, when they enjoyed a thrilling ride to the final.

"Although this is a different format, Alastair Cook's men need to continue that momentum.

"For the home side, it is about defeating Sri Lanka and winning the series against Pakistan that follows, all while having an eye on an incredibly difficult upcoming winter and the tour of Australia at the end of next year." 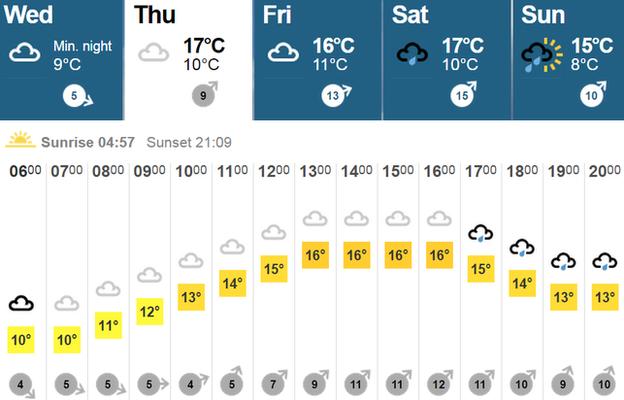