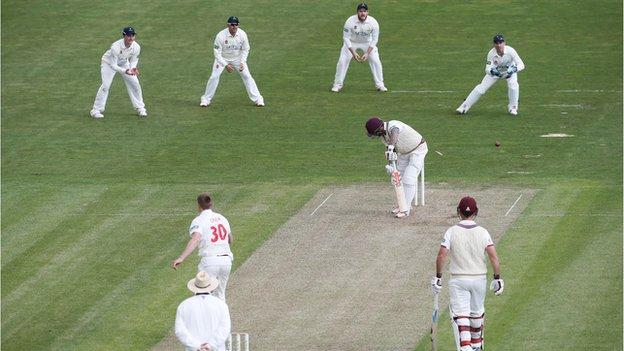 Glamorgan drew their three-day friendly against Somerset after being set 226 to win at the SSE Swalec Stadium in Cardiff.

The home side lost early wickets but were given a chance by a fifth-wicket stand of 82 between Will Bragg (84) and Graham Wagg (34).

The Welsh county finished on 195 for 7 with Tim Groenewald claiming three for 36.

Earlier Somerset collapsed to 188 all out, with Wagg taking five for 50.

Somerset start their Championship campaign away to Durham on 10 April in division one while Glamorgan have a first-class friendly against Cardiff MCCU on 11 April before facing Leicestershire the following week.