Captain Amla finally departed for 201, while Bavuma made an unbeaten 102 as the Proteas declared on 627-7, two short of England's first-innings total.

A draw seems the most likely outcome on a flat Newlands wicket but South Africa will be looking to dismiss the tourists cheaply on day five to set up an unlikely triumph and square the four-match series.

In reaching 100 off 141 balls, Bavuma also became the first black African to score a Test century for South Africa as the hosts' middle order overcame their struggles in the first Test to make England toil. 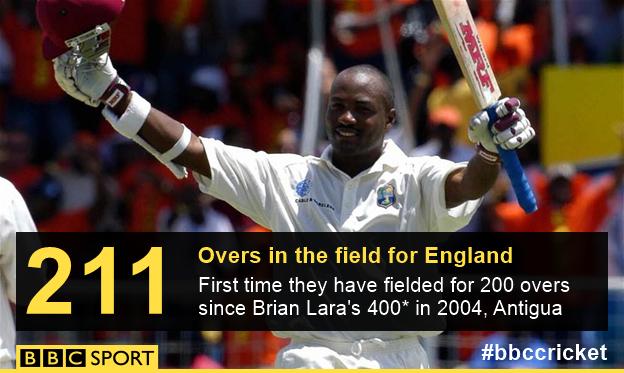 England squandered numerous chances to exert control and potentially set up victory by dropping eight catches in South Africa's innings, which contributed to them spending 211 overs in the field.

Root was also culpable for failing to pick up a mistimed drive with Amla on 197, initially running in the wrong direction and failing to recover his ground.

The calm before the storm

Despite the reprieves handed to both batsmen, Amla and Du Plessis showed tremendous resistance in the morning session to chip away at the overnight deficit of 276, with Amla reaching his fourth Test double century off 461 balls.

Having batted for almost 12 hours, Amla eventually fell to a delivery from Broad that nipped back slightly to hit the top of leg stump via inside edge.

Still trailing by 180 at 449-6, South Africa's position looked precarious but Bavuma and Morris counter-attacked fluently as the new ball lost its potency and the England attack their discipline.

Bavuma, in particular, unfurled some exquisite strokes, equally comfortable driving through the covers or rolling his wrists on the pull.

His 167-run stand with Morris - a South Africa record for the seventh wicket - all but erased England's advantage and ended only when Morris drove Finn to short extra-cover. 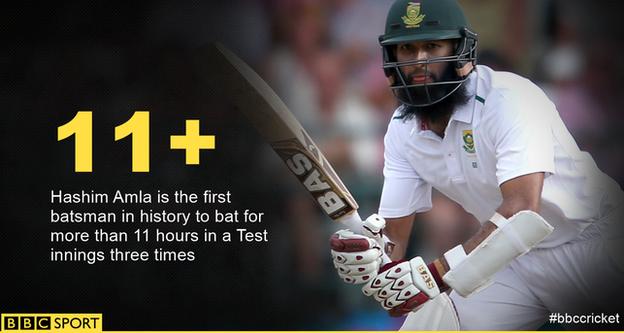 I have followed South Africa and witnessed their first tour after they came back into world cricket in 1991 following the wilderness years of apartheid.

I watched their first Test match back - their first in the West Indies - which was very significant, but the hundred by 25-year-old Bavuma is absolutely up there.

Bavuma, as the first black African to score a century for South Africa, is massively symbolic.

'It's madness' - what they said

Former England batsman Geoffrey Boycott on Test Match Special: "If England had caught most of those chances they would have won the match.

"As a coach, sometimes say nothing. They're not bad catchers but they've had a bad day at the office - a really bad day. It's madness."

Ex-England captain Michael Vaughan: "Sometimes when you draw you think who has got the better of the draw.

"The way South Africa have fought back, with all their engine room back in the runs, it should serve them well going into the rest of the series."

The key stats from day four