England captain Eoin Morgan says he is feeling "fresh" after taking a break from cricket to prepare for the limited-overs series against Australia.

The Middlesex batsman last played on 1 August when he was dismissed for a duck in a One-Day Cup game with Hampshire.

On his return, Morgan hit 74 off 39 balls as England beat Australia by five runs in a one-off Twenty20 at Cardiff.

"I have been fresh mentally and physically, which has helped," the 28-year-old said.

Left-hander Morgan added: "It had been about 11 months since I had a break and that is a pretty long time. 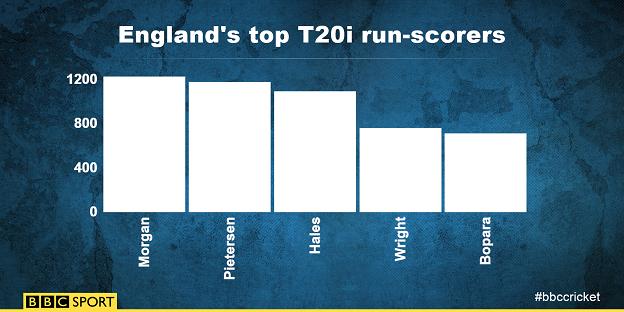 "I have never asked for a break before and this time when I brought it up [Middlesex director of cricket] Angus Fraser was exceptional.

"He earmarked the one-day series and knew I had to be fresh for that so it has worked out well."

Asked what he had done during his break Morgan said: "I have been practising for the last 10 days or so and it has been really good practice."

Morgan also believes Adil Rashid will play a part in the national side's long-term T20 plans for the World T20 in India next March.

Although the spinner was expensive on Monday, being hit for 32 from his three overs, the England skipper says Rashid needs to be given the opportunity to play as much international cricket as possible to hone his skill on the big stage.

"We will need two strong spinners in India for the World T20," he said.

"So I think it is important that Adil bowls as much as he can in international cricket to gain as much experience as possible so he can to improve."