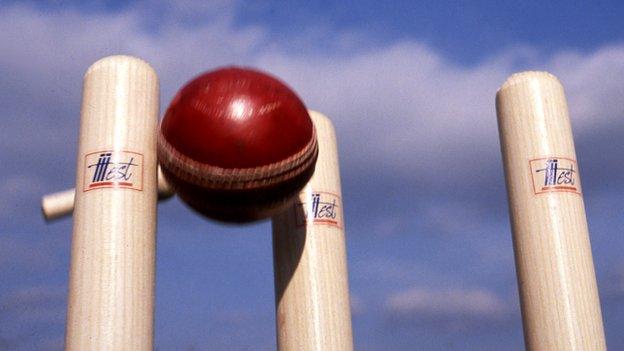 This summer's Ashes series has been full of batting collapses, but nothing quite like the one suffered by United Arab Emirates Under-19s against Nepal.

Ten overs later, they were all out for 50 having lost nine wickets for six runs.

No batsman from number three down made a score of more than one and the final four wickets fell for no runs.

Of the 50 that were mustered, 32 were made by opening batsman Waruna Perera.