Cook's side carry a 1-0 lead into the second Test at Lord's on Thursday, after last week's 169-run victory.

But Cook said: "Australia are still probably favourites, they've only got to retain, I suppose.

"But series are not played on paper, it's what people deliver. And it's always nice to be underdogs isn't it?"

England, who are taking precautions over the fitness of all-rounder Moeen Ali before the second Test, were hammered 5-0 by Australia in the last Ashes down under in 2013-14.

But, following the departure of coach Peter Moores in May, they have undergone an overhaul both on and off the pitch. 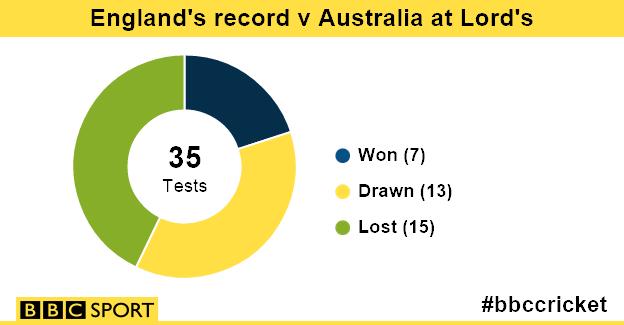 Under the interim leadership of assistant coach Paul Farbrace, they played positively in the drawn Test series and victorious one-day series against New Zealand.

Victory in new head coach Trevor Bayliss's first match in charge gave them the early advantage in the Ashes series.

Cook is keen for his side to continue in that positive vein against an Australia side that is likely to feature a number of changes, with wicketkeeper Brad Haddin absent for personal reasons while reports suggest all-rounder Shane Watson will be dropped.

"I think it is important that we don't sit back and protect the lead," Cook told BBC Sport. "We can't do that, certainly not against Australia.

"We have made a big effort with this series not to worry about what Australia do. It is about our attitude and approach. If we can get near the standards of Cardiff we will be a tough team to beat."

England have won the past two matches between the two at Lord's, following Australia's 75-year unbeaten run at the home of cricket.

England's only injury concern is over Moeen, who has felt some soreness in his side following the first Test.

Moeen played a key role in the victory in Wales, scoring a brisk 77 at number eight in the first innings and taking five wickets in the match.

Cook told BBC Sport: "He has come through training and fingers crossed he will be fine, which is great news for us.

"He is fine but you always want to be careful and head into an Ashes Test match with people fully fit."

Uncapped Yorkshire leg-spinner Adil Rashid is on standby should Moeen fail to prove his fitness.

Nevill gets his chance - could Marsh join him? 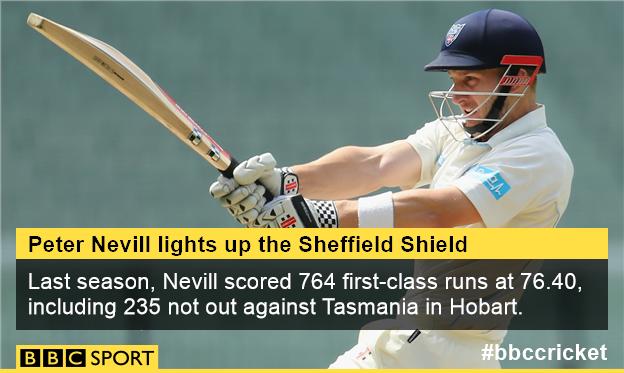 In the absence of Haddin, the uncapped Peter Nevill takes over as wicketkeeper.

"I am confident with Nev coming in that we have the wicketkeeper spot covered," captain Michael Clarke told BBC Sport. "He is a fighter and has had a great year back in Australia.

"He deserves his opportunity. He won his spot on form and that is why he is in the squad. I have every confidence he will walk out there and make runs."

Clarke also expects seam bowler Mitchell Starc to be fit to play, despite suffering an ankle strain that required pain-killing injections in the first Test.

Clarke said: "He took eight wickets. He bowled on one leg in the second innings and still took three wickets. He is a wicket-taker. But all our bowlers need to be more consistent."

Watson, who was lbw in both innings of the first Test for scores of 30 and 19, is reportedly set to be dropped, with Mitchell Marsh taking his place. 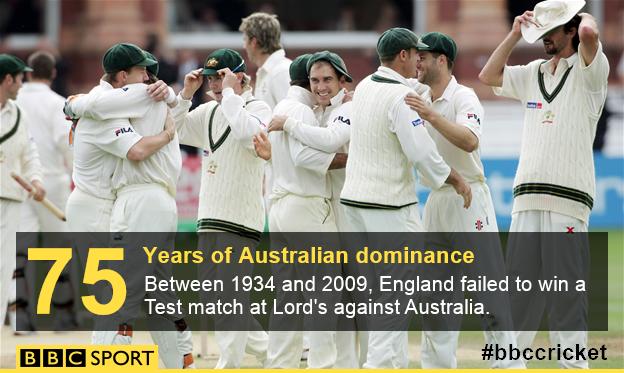 However, Clarke said he does not yet know the XI, adding: "Whoever is picked needs to perform, like the rest of us."

The 34-year-old added: "We were outplayed in all facets in the first Test. We have taken the positives and we come here to Lord's and start afresh.

"We have played some really good cricket over the last couple of years and the boys are full of confidence.

"We know how we can play if we are at our best and the boys just need to find that consistently over the five days. We need to bat for long periods, have really good intent with the ball and execution over long periods."

What about the conditions?

The pitch at Cardiff was slow, which many felt helped England as it negated the Australian pace attack.

Both captains expect a similar surface at Lord's, with Cook saying: "Normally a Test wicket here is a pretty good wicket. We are in England and I don't think it will be travelling through like Perth."

Clarke said: "I think it will be a little bit tacky to start and seam around early so it will be difficult to bat on. But it does look like a pretty good wicket. Generally at Lord's, once the sun comes out, it is a good wicket to bat on."

Players will also have to contest with the Lord's slope, with batsmen requiring judgement on which balls to play and leave and bowlers requiring greater discipline with their line.

Only Mitchell Johnson of the Australia bowling attack has played at Lord's before and his record is poor, conceding 200 runs in 38.4 overs (taking three wickets) in the second Test in 2009.

England's James Anderson is the record wicket-taker on the ground with 75 in 17 matches, with Stuart Broad the fourth highest (61 wickets in 14 Tests).

Unlike Cardiff, where rain threatened to affect the final day - should the game have gone that far, the forecast for Lord's is good, with BBC Weather stating Thursday will be "a dry and fine day... with bright or sunny spells developing as cloud breaks and winds staying light". It is a similar picture across the five days.

One of the net bowlers for England in the build-up to this Test is the son of India great Sachin Tendulkar, the leading Test run-scorer in history.

Arjun Tendulkar, 15, who is hoping to forge a career in the game, helped put the England batsmen through their paces during practice on Wednesday.