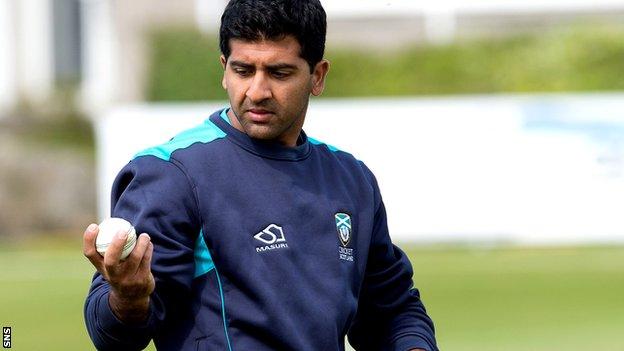 Haq, 32, was banished from the squad in March following his omission for the defeat by Sri Lanka in Hobart.

The off-spinner tweeted: "Always tougher when you're in the minority! #colour #race" but later deleted it.

"Mr Haq is free with immediate effect to return to his duties under his contract," Cricket Scotland said.

The governing body added it would not comment further on the matter.