Derbyshire cruised to a seven-wicket win against Gloucestershire, despite lower-order resistance from the hosts.

Resuming on 253-6, Hamish Marshall and James Fuller added 94 for the seventh wicket before Fuller (51) was bowled by Mark Footitt who starred with 6-94.

Marshall soon fell to a fine catch from Martin Guptill for 79, but Craig Miles hit an unbeaten 31 as the hosts were all out for 411 to set a target of 142. 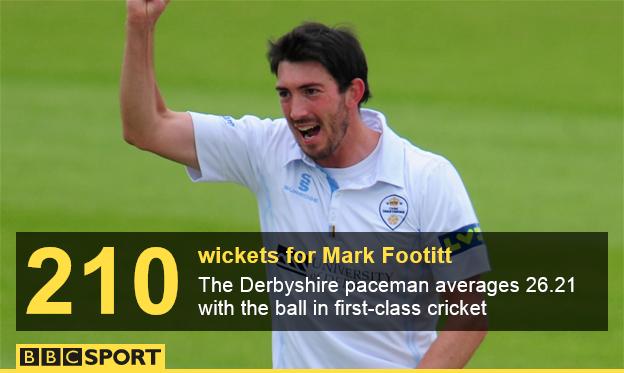 Fuller, who only had one first-class fifty to his name before this match, struck nine fours in his 76-ball innings as he batted sensibly with New Zealander Marshall to take Gloucestershire into the lead.

However, once both fell in the space of three overs to leave the hosts on 360-8 with an advantage of just 90, Gloucestershire's chances of salvaging a draw seemed slim.

Miles gave them something to bowl at with some late runs, but Godleman's half-century and Guptill's 20-ball innings, which included three sixes, took them to victory.

"We got into a position where we should have got 300-plus and then we've dropped catches again when Derbyshire batted, which didn't help us, and we didn't put the ball in the right areas for a long enough time.

"Those are the bare facts. I can't fault the last two days, but we need to improve in first-innings cricket."

"It was a tough final day and, to be fair, I thought they played really well today and yesterday. We had to toil hard and we were a bit disappointing in the first hour.

"We came back strongly just before lunch and picked up a couple of wickets, which were crucial.

"Mark Footitt bowled with exceptional pace to get those wickets and then I thought we were quite clinical in the way we went about knocking the runs off."