James Anderson said he was relieved and proud to have overtaken Sir Ian Botham as England's top Test wicket-taker.

Anderson had West Indies captain Denesh Ramdin caught at slip for his 384th victim as the first Test was drawn.

"I've tried to block it out as much as possible, but I'm thankful that I've now got there and people can stop talking about it," the 32-year-old Lancashire bowler told BBC Sport.

"I love playing for England. I'll try to do it for as long as possible."

Speaking to Sky Sports, he said: "Taking over from an English legend is a hugely proud moment for me."

Anderson, who reached the milestone in his 100th Test, took five wickets on his debut against Zimbabwe at Lord's in 2003.

"The difference is I now know my game inside out," he added. "That comes with experience and I've got more skills and more control.

"When I first started out as a young 20-year-old I just tried to bowl as fast as I could and didn't really have any control at all."

He said: "It was a great moment when Jimmy took the 384th wicket - we'll remember it for a long time."

"I've watched him develop those skills. It's not easy to bowl the inswinger and away-swinger with very little detail change but it's great to watch those skills. I enjoy watching him bowl; it's a pleasure to commentate on.

"It's been a burden for him and for me. I've got something for him in the UK - it's the largest bottle of wine that I've been able to find. It's about as big as Jimmy."

Botham predicted Anderson could go on and take 450 Test wickets - but Anderson was reluctant to set himself a goal.

"450 sounds a long way off," he told the BBC. "I'm not going to think of any target. I'm just going to concentrate on turning up for England and trying to win us games of cricket."

West Indies - set a notional 438 to win - batted out the final day on a placid surface to reach 350-7 thanks to Jason Holder's superb unbeaten 103, his maiden first-class century.

He added 105 for the seventh wicket with Ramdin, who made 57, and shared an unbroken stand of 56 with Kemar Roach for the eighth.

"We got ourselves back in the game but we couldn't find anything in that pitch whatsoever," said Anderson. "We tried our hearts out."

"Hopefully it is one of many hundreds to come," he said of Holder's innings. "England fought hard - they came at us all the time - but Kemar Roach held his nerve well at the end."

Cook said England "couldn't have done any more" to force victory, as the sides prepare to travel to Grenada for the second Test of the three-match series.

"We knew it was going to be hard work, and it proved to be," he said. "I can't fault the lads' effort. They fought incredibly hard." 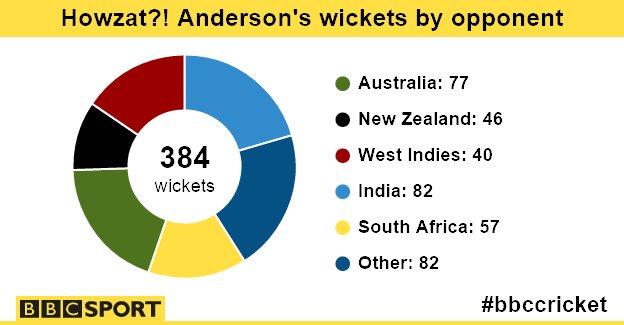