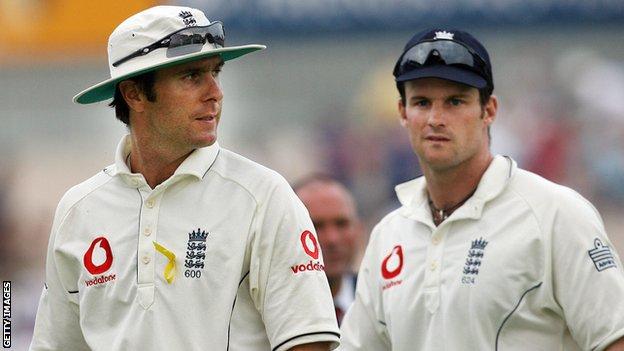 Vaughan has held talks with the England & Wales Cricket Board over the role, while fellow ex-captains Andrew Strauss and Alec Stewart are also candidates.

Sidebottom, who played for England alongside all three, said Vaughan was best placed to "get things done".

Downton, who was instrumental in the sacking of former England captain Kevin Pietersen in February 2014, left his post on Wednesday.

Sidebottom said former Yorkshire batsman Vaughan would combine best with Colin Graves, who is leaving his post as chairman of the white rose county to take over at the ECB in May.

Vaughan led England to Ashes victory over Australia in 2005, the first series win since 1987.

"All three of the candidates are young, fresh, and with a vast knowledge of the game but for the fact that he has been at Yorkshire and has that relationship with Graves, for me it would be Vaughan," Sidebottom told BBC Sport.

"There needs to be a big shake up over the next 12 months because it's quite clear we've been left behind. Vaughan and Graves will bang some heads together."

Former ECB managing director Downton left his post after England's dismal performance at the World Cup, with the focus now on building towards a successful Ashes series with Australia this summer.