The votes are in, they have been counted and BBC Sport can now reveal the greatest one-day international XI of all time.

For the last week, readers of Sportsday Live on the BBC Sport website have been voting for the different components of the team from a list of players nominated by the Test Match Special team.

The only criterion we set was that the players must have appeared in a one-day international. Performances in World Cups did not carry any extra weight.

Tens of thousands of votes were received and the results were revealed on Monday night's Tuffers and Vaughan Show and then discussed by former England players Michael Vaughan and Ashley Giles, and ex-Australia bowler Jason Gillespie.

Download the Tuffers and Vaughan podcast and listen to the debate in full. 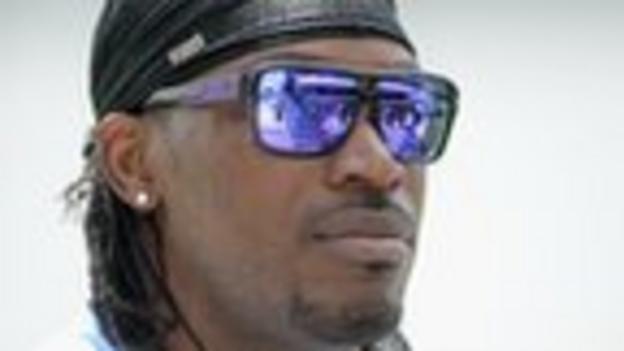 The greatest entertainer of them all? Gayle has dominated the Twenty20 game but has also scored more ODI runs than any other West Indies batsman except Brian Lara. One of only three batsmen - along with Sri Lanka's Sanath Jayasuriya and Pakistan's Shahid Afridi - to hit more than 200 sixes and also has 158 wickets to his name.

Jason Gillespie: "He's a decent player but not in the same class as Sachin Tendulkar and Adam Gilchrist. We are in the entertainment business, so I do understand his selection from that point of view." 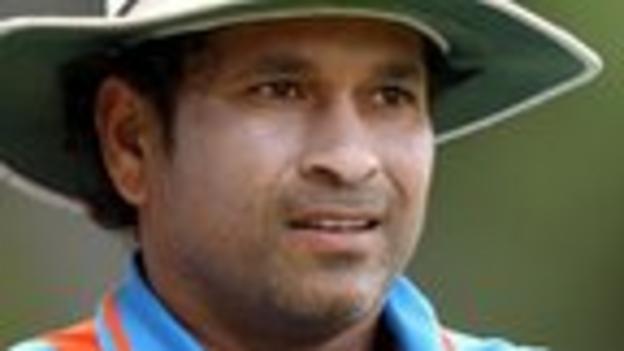 Most ODIs, most ODI runs, most ODI hundreds - all records held by Tendulkar, who was also the first man to score a one-day international double hundred. A Test number four, more than 15,000 of his ODI runs came at the top of the order in a career that was crowned with the 2011 World Cup win in his home city of Mumbai.

Michael Vaughan: "When he was on form, you couldn't bowl to him. You can have all the plans in the world, but if it's his day you have no chance. There aren't many players you could say that about."

Ashley Giles: "I used to think he was taking the mickey out of me and you knew he could take you apart at any time."

Adam Gilchrist dropped into the wicketkeepers' vote because he wasn't selected as an opener. 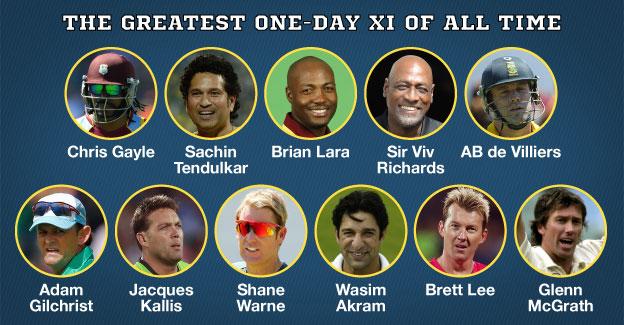 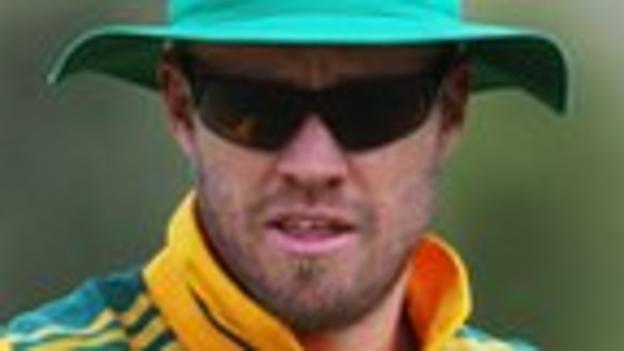 The epitome of the modern, three-format batsman, De Villiers can destroy an attack with classical strokeplay, ingenuity and raw power. The fastest man to 7,000 ODI runs, but that record is nothing compared with the devastation wreaked on the West Indies on 18 January. A 16-ball fifty, a 31-ball century, both the fastest in ODIs, in an innings of 149 in 44 balls that contained a record-equalling 16 sixes. De Villiers has also claimed 97 dismissals on occasions when he has played as wicketkeeper-batsman.

Michael Vaughan: "He's the best player of this era, he makes the game look so easy. If you bowl yorkers to him, he can still get the ball 360 degrees. Not many players can do that - he has every trick in the book. In the next five years, he will become a very, very special player. In 40 years, he will be regarded as being right up there with Sir Don Bradman and Brian Lara." 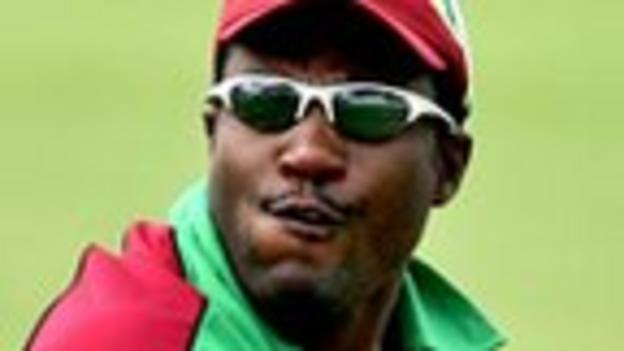 A slayer of attacks, with huge backlift usually followed by a flowing cover drive or a one-legged pull shot. Most famous for his individual records in Test cricket, Lara is one of only three non-Asian batsmen (along with Australia's Ricky Ponting and South Africa's Jacques Kallis) to have registered more than 10,000 ODI runs.

Ashley Giles: "He has to be in the team, because he played some of the best innings of all time." 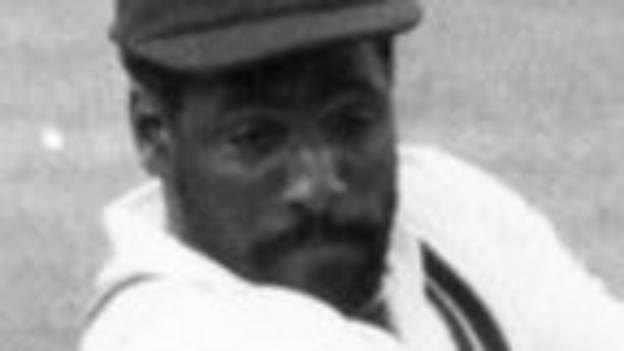 The 'Master Blaster', perhaps the most devastating batsman of all, laying waste attacks with a maroon cap on his head and chewing gum in his mouth. A two-time World Cup winner, including a man-of-the-match performance in the 1979 final. However, it is for an unbeaten 189 against England that he is best remembered, an ODI record that stood for 13 years.

Michael Vaughan: "He's the king. He had utter confidence, you could just sense something would happen when he batted, and he strolled out to bat in the World Cup final chewing gum. He led that great West Indies side and he drove their mentality. He scored 180 in a one-day international 30 years ago, that's ridiculous."

Kumar Sangakkara dropped into the wicketkeepers' vote because he wasn't selected as a batsman. 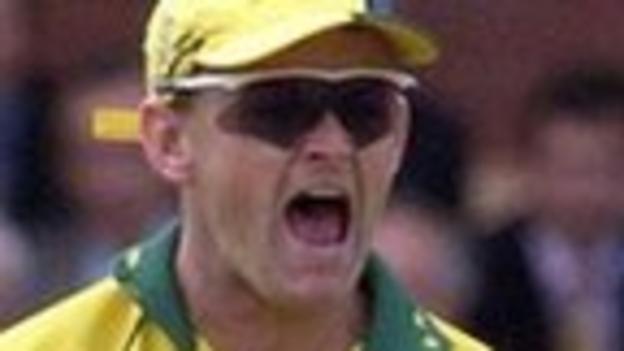 Omnipresent at the top of the Australia order during their World Cup successes of 1999, 2003 and 2007 and is the only man to have scored half-centuries in three successive finals. No batsman who has scored more than 8,000 runs as an ODI opener has a better strike-rate than Gilchrist, while his 472 wicketkeeping dismissals is bettered only by Kumar Sangakkara.

Jason Gillespie: "He was such a positive character. He's a very good listener, a good person to have in the dressing room and a good team-mate. His work ethic was unbelievable, and he always felt he had a point to prove because he was so destructive with the bat. He could tell you every stat about his wicketkeeping, but not his batting. He was so passionate about wicketkeeping. Watch him keeping, he was very good - he kept to Shane Warne, which is no mean feat."

Ashley Giles: "He was a game changer in terms of how one-day cricket should be played. He was a once in a lifetime cricketer." 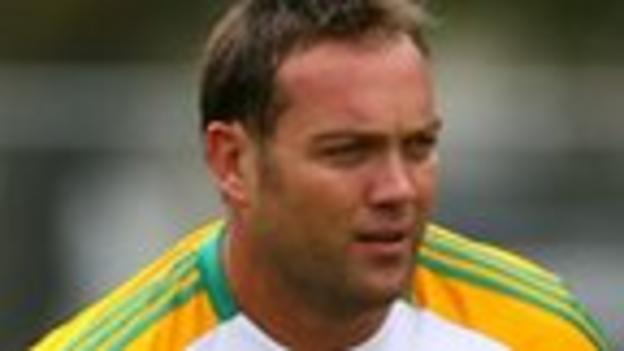 Those who regard Kallis as a Test specialist overlook the fact he sits seventh in the all-time list of ODI run-scorers. He reached 50 in almost one in three innings, was far more than a fill-in bowler, and took 131 catches with his flypaper-like mitts. But perhaps the truest mark of his greatness is his longevity: 18 years at the top until his retirement in 2014.

Ashley Giles: "Look at his figures. How can you leave him out of the team? The guy is incredible. Perhaps barring Sir Garry Sobers, he is the best all-rounder to play the game." 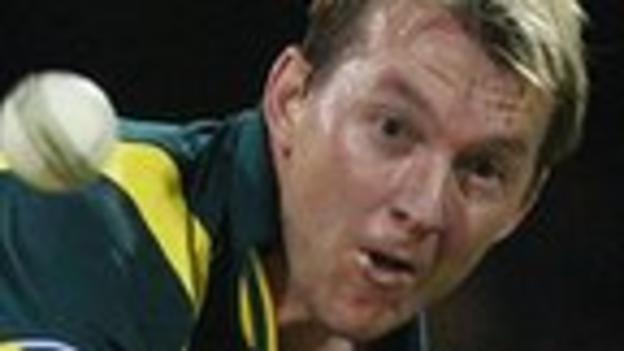 Every inch an athlete, the sight of Lee sprinting to the crease, launching into his action and hurling the ball down at lightning pace was a terrifying sight for batsmen. The fastest man to 300 ODI wickets, some 15 matches quicker than second-placed Waqar Younis, Lee's tally of nine five-wicket hauls is bettered only by Waqar and Muttiah Muralitharan.

Jason Gillespie: "I think this is a good selection, he has performed strongly over a number of years for Australia, and in all conditions. You have to respect that."

Ashley Giles: "He took a wicket every 29 balls. Hats off to him, that's superb." 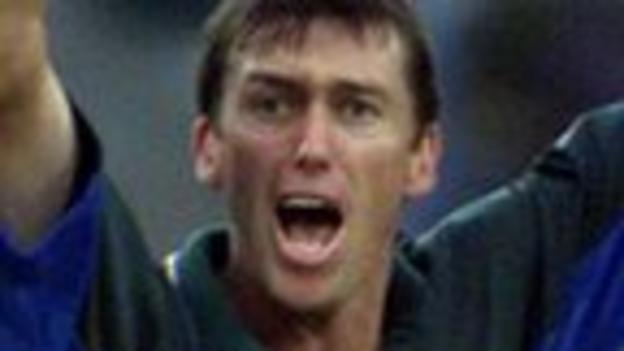 Another Australian with three World Cup winners' medals to his name, McGrath also has the most wickets (71), best average (18.19) and the best figures (7-15) at cricket's biggest show. On top of all that, McGrath's unerring accuracy left him him with the best career average of any bowler to take more than 300 ODI wickets.

Michael Vaughan: "Glenn McGrath with the white ball was more difficult to face than with the red ball. He generally got some movement out of any pitch and in his pomp he bowled a sharp, accurate bouncer." 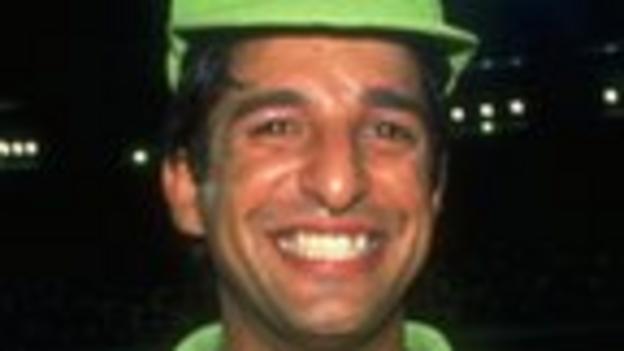 The greatest left-arm seamer of all time? Wasim could do it all - move the ball in the air or off the pitch at extreme pace, all with the threat of a lethal bouncer and a tricky slower ball. The first man to 500 ODI wickets, and still the only pacer, Wasim was the leading wicket-taker in the 1992 World Cup, to date Pakistan's only success.

Ashley Giles: "In their pomp, Wasim and Waqar Younis were incredible. When the ball started reversing and going round corners, they were a handful." 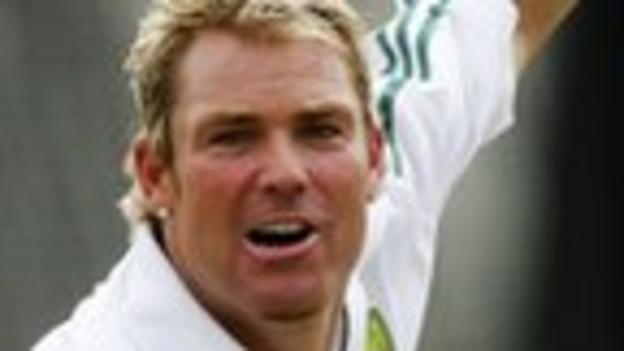 Other bowlers may have played more matches, taken more wickets and appeared in more than two World Cups, but Warne's impact on the one-day game was profound. His attacking mindset ensured spin was no longer seen as simply a means of drying up the runs, and his respective figures of 4-29 and 4-33 in the semi-final and final of Australia's triumphant 1999 World Cup are those of a man who always rose to the occasion.

Michael Vaughan: "He produced high-class winning performances and, bearing in mind we are in the entertainment business, he brought plenty to the arena."

Ashley Giles: "He is a stand out pick. He is simply the best bowler to have played the game."

All statistics correct on 9 February 2015