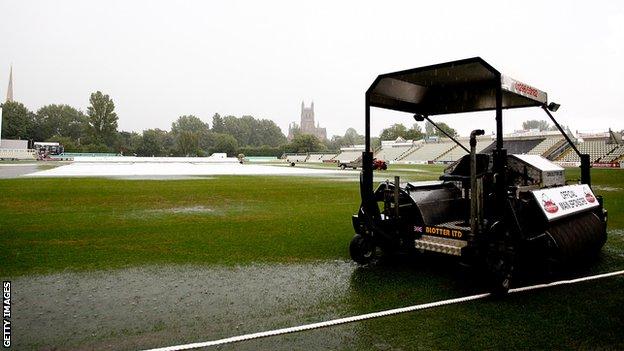 Worcestershire and Derbyshire were frustrated by rain as their One-Day Cup match was abandoned without a result.

Tom Kohler-Cadmore (71) and Ross Whiteley (53) hit one-day best scores as their fifth-wicket stand of 114 helped Worcestershire to 261 all out.

Mark Footitt took 4-65 for Derbyshire, while Tom Taylor, 19, claimed 3-48 in only his third one-day appearance.

Derbyshire were 37-0 from 7.4 overs when the rain arrived and the umpires called the game off at about 17:20 BST.

A minimum of 10 overs had to be bowled in Derbyshire's innings for there to be a result, so both sides took one point from the contest.