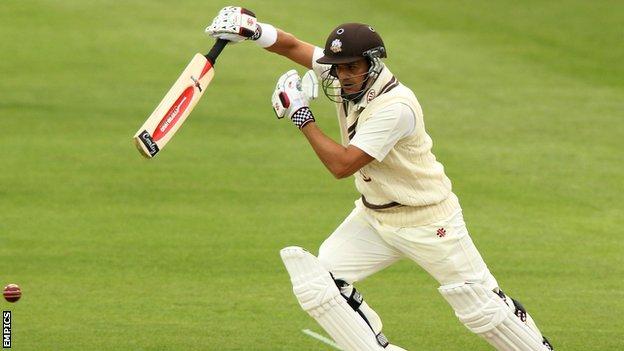 An opening partnership of 151 between William Bragg and Jacques Rudolph gave Glamorgan a solid start after bowling Gloucestershire out for 391.

Rudolph (108 not out) hit 16 fours and one six on his way to his second first-class century of the season.

"Not the most riveting day's cricket on a pitch that did nothing to help the bowlers.

"Gloucestershire seemed to bat too slowly to take advantage of the friendly conditions and didn't seem concerned about the extra batting bonus points.

"By contrast, Rudolph and Bragg laid the foundations for a big Glamorgan score.

"The story of the day was that of Patrick Grieshaber, the 17-year-old wicketkeeper, was warming up for a club cricket game when the call came through that he was needed at the County Ground as Cameron Herring had broken a finger.

"Gloucestershire managed to register him, and he was awarded his cap during the tea interval."