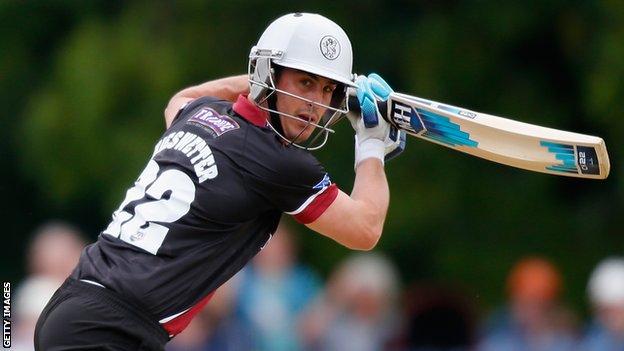 Craig Kieswetter's 70 off 49 balls helped Somerset to a 35-run win over Sussex in the T20 Blast.

The England wicketkeeper/batsman hit seven fours and a six in his innings as Somerset finished on 163-4, despite Steffan Piolet's 2-24 for the Sharks.

Sussex never got close in reply as Dirk Nannes took 5-31 for the visitors.

The Australian took three wickets in five balls in the 19th over as Sussex were all out for 129, with Yasir Arafat left unbeaten on 36 off 23 deliveries.

The victory was Somerset's third in six games and lifted them above Sussex into sixth place in South group.