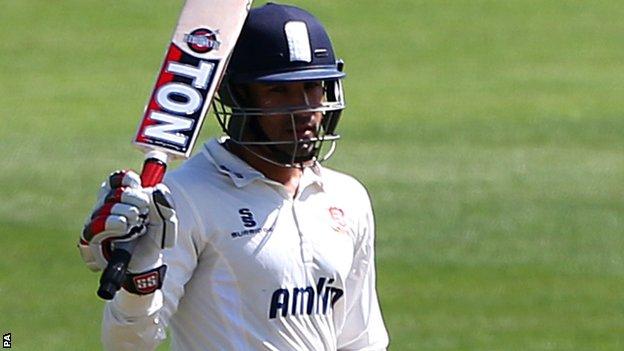 Ravi Bopara added a further fifty runs to his overnight 112 to help Essex establish a modest lead of 18 against Kent on a rain-affected third day.

England's Bopara was caught off Ben Harmison for 162 to end a 78-run partnership with James Foster (46).

Tymal Mills weighed in with 30 before they were all out for 440, with paceman Mitchell Claydon taking 5-82.

Kent posted 35 without loss in reply, with Daniel Bell-Drummond (12) and Rob Key (17) at the crease at stumps.

Resuming on 253-1, Essex soon saw their overnight pair separated as Tom Westley was caught behind off Claydon for 116.

They looked set for a sizeable first-innings advantage while Bopara and Foster were together, but subsided from 361-3 to 399-8 in the space of six overs after the latter edged Darren Stevens behind and it was left to Mills, who hit a six and five fours, to see them past Kent's total.

"A day much interrupted by rain and one that all but confirmed the result as a draw, but the sides still managed to conspire to bring some excitement.

"That was due in most part to Essex captain James Foster's tigerish pursuit of batting points. The visitors lost three wickets for no runs in six balls before Tymal Mills got the single on the last ball of the 110th over that secured the maximum five.

"Kent did their part. Mitch Claydon was good value for his five-wicket haul, bowling long spells with laudable accuracy and the occasional firework, like the one that ripped two of Jesse Ryder's stumps out of the ground.

"A flat pitch and concentration by Kent's openers - in the face of some gloriously innovative fields set by Foster - meant the final day should be one of batting practice rather than high drama."