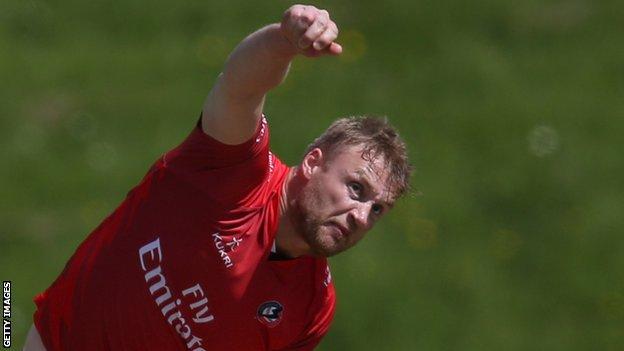 Andrew Flintoff must wait to make his comeback after being left out of Lancashire's 13-man squad for Friday's Twenty20 match against Yorkshire.

The former England captain has come out of retirement after quitting in 2010 following a series of serious injuries.

Flintoff, 36, played for Lancashire's second XI on Thursday, taking two wickets and scoring 16 runs in a T20 against Leicestershire at Arundel.

But afterwards it was decided he would not feature at Old Trafford.

Flintoff took two for 39 in his four overs against the Foxes second XI and made a run-a-ball 16 at the top of the order.

His performance was monitored closely by coaching staff after his only previous match for his Northern League club side St Annes last Saturday.

Flintoff played 79 Tests, 141 limited-overs internationals and seven Twenty20s for England between 1998 and 2009.

He was a leading member of the Ashes-winning teams of 2005 and 2009 but was captain when England were whitewashed in Australia in 2006-07.

Lancashire are top of the T20 Blast North Group after winning their last four games. Flintoff has been training with the county since March.