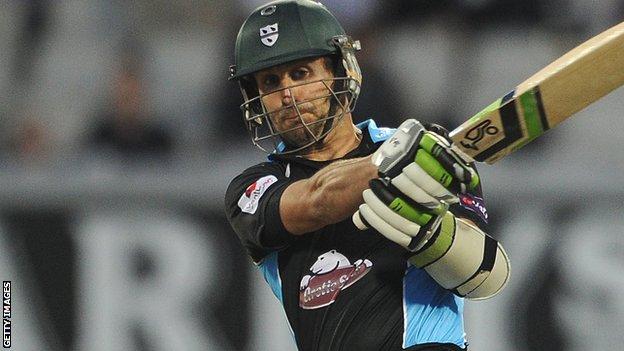 Mitchell (67 not out), who passed fifty at the 66th time of asking in T20, ended with a six and a four as the visitors won with four balls to spare.

Worcestershire seemed to be cruising to victory throughout, but Ben Raine (2-28) conceded only three runs from the 19th over, including the wicket of Ross Whiteley for 13.

It left the visitors requiring eight off the final over - bowled by Rob Taylor - and Mitchell only needed two balls to secure Worcestershire's third T20 Blast win of the season.